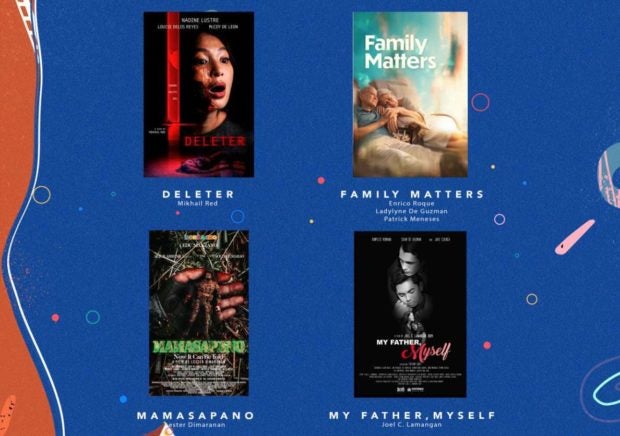 The Metro Manila Film Festival (MMFF) has announced the four additional films in its lineup, ahead of its 48th edition to be held in December.

The new entries for the festival, evaluated based on finished film formats, were announced on MMFF’s Facebook page today, Oct. 20. This comes months after the organizers of MMFF revealed the first batch of films in the lineup, which were picked based on script submission.

The movies were selected from a record-high of 22 submissions, by the MMFF selection committee headed by veteran actress Boots Anson-Roa. Each film was chosen based on artistic excellence (40%), commercial appeal (40%), Filipino cultural values (10%) and global appeal (10%).

The new entries to the MMFF 2022, evaluated based on finished film formats are:

Meanwhile, the earlier announced entries based on script submissions are:

“Let us watch the MMFF in theaters once more. We are happy with the list of entries, which has a wide mix of genres. We are excited and looking forward to MMFF 2022 becoming a success,” he said.

The 48th MMFF will run from Dec. 25 to Jan. 7, 2023, in Philippine theaters observing required health protocols.

The Parade of Stars, which serves as a promotional effort for the festival, will be hosted by Quezon City though an official date is yet to be announced. Meanwhile, the MMFF Gabi ng Parangal will take place on Dec. 27.  /ra