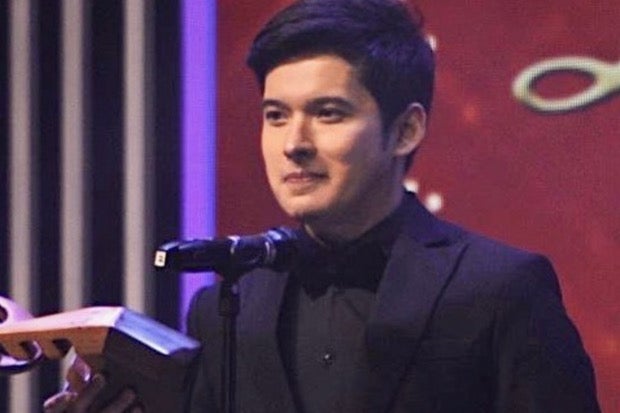 Christian Bables disclosed that he was one step away to migrating to the United States, days before the Metro Manila Film Festival announced this year’s official film entries.

Bables recalled the moment he was notified that his film, “Big Night,” made it to the list of official entries, as seen on his Instagram page yesterday, Dec. 28.

(The day I was deciding to book a one-way flight to the US, I got a message from Director Perci Intalan, telling me that “Big Night” got included in the MMFF [official list]. [He asked me to] delay my trip, which those who I bid goodbye to thought was only a vacation.)

Bables disclosed that he doubted his “purpose” and felt that “the joy of giving life to a character has become unfamiliar.” He credited his role as Dharna, which bagged him the Best Actor for Leading Role award, for serving as a “reminder” about his purpose in life and for getting him through the slump he was experiencing.

(I want to continue to deliver relevant messages through my art hopefully here in our country, for our country, if I would be given more chances.)

In his acceptance speech, Bables thanked the people behind the film production while dedicating his win to those who are “voiceless and oppressed,” as seen on MMFF’s Facebook page on Monday, Dec. 27.

“Ito po ay inaalay ko para po sa mga taong mayroong same na situation nang kagaya ng kay Dharna (I dedicate this [award] to the people who are in the same situation as Dharna) — people who are voiceless, who are oppressed,” he said. “I may find it hard to express my opinion and my thoughts in words, but let me fight for you and with you through my art.”

“Big Night” tells the story of a gay man who tried to clear his name after being included in the Oplan Tokhang (drug) watchlist in his neighborhood. The film also bagged the Best Picture award, while its director, Jun Lana, won the Best Director award.  /ra