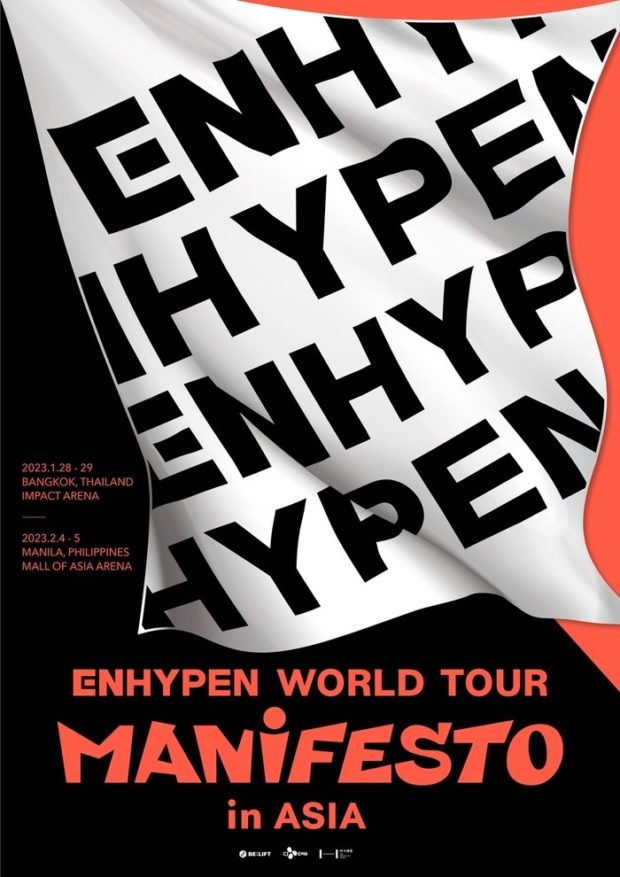 It will perform twice each in the Thai and Philippine capitals in January and February, respectively.

After two days of concerts in Seoul in September, the band toured six cities in the United States from the beginning of this month for its first overseas tour. All tickets for the six concerts on the Japan leg that begins on Nov. 1 have already sold out.

Separately, the septet’s third EP, “Manifesto: Day 1,” reentered the Billboard 200 at No. 175. The EP debuted on the chart at No. 6 and stayed in the listings for six weeks in a row. The reentry extended the stay to a seventh week, the longest for the band.  /ra