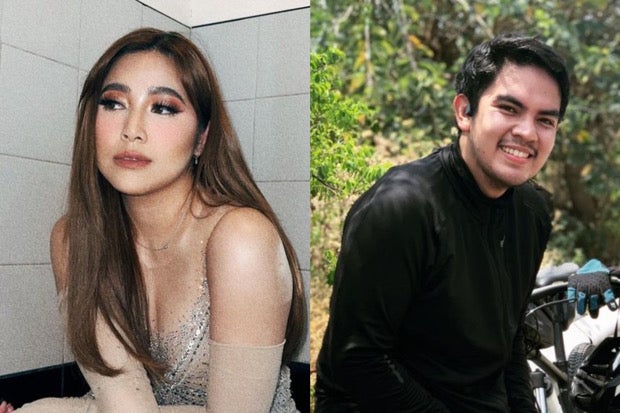 Some of Moira Dela Torre and Jason Marvin Hernandez’s fans appear to be still hoping for the former couple’s reconciliation, but the “Babalik Sa ‘Yo” singer had to break it to them and clarify that the song is not a “sign” of the singers getting back together.

Dela Torre set the record straight following a netizen’s comment on her recent performance of the said song, as seen in a video on Dela Torre’s Facebook page yesterday, Sept. 19.

“‘Babalik Sa’yo’… Is this a sign [of] their love reconciliation?” one Amabelle L Lim asked, apparently referring to Dela Torre and Hernandez.

Dela Torre made the video to thank fans for supporting the track, but she reminded them that it is just a song and that they should not be “marupok” (fragile). 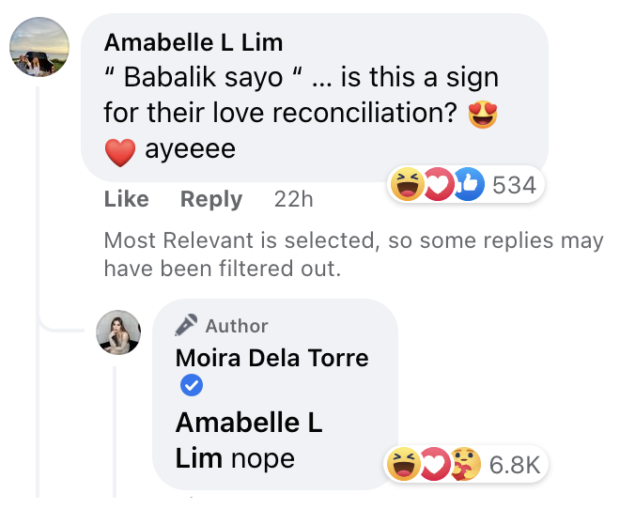 Dela Torre and Hernandez, who got married in 2019, confirmed their breakup on May 31 with the latter confessing that he cheated on her. Dela Torre initially kept mum on the subject but eventually broke her silence, dismissing speculations that she also cheated on him.

Meanwhile, Hernandez recently released the song “Ako Nalang” which fans believe is about his breakup with Dela Torre. JB