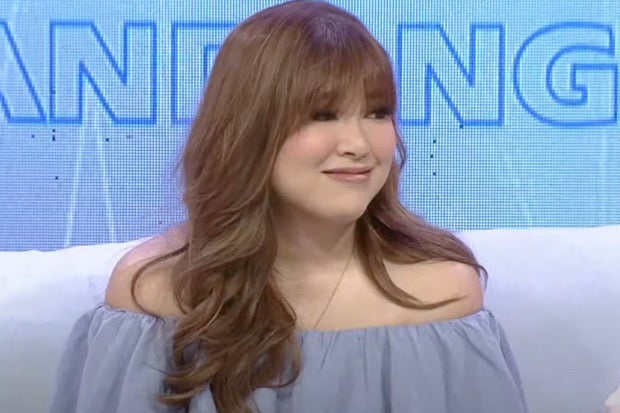 Moira Dela Torre opened up about her breakup with fellow singer Jason Marvin Hernandez, confessing that she also questions herself over what happened.

The singer spoke about her heartbreak after she was asked about the state of her heart by actress-TV host Jolina Magdangal, in the morning talk show “Magandang Buhay,” as seen on ABS-CBN Entertainment’s YouTube channel today, June 6.

(Maybe now, I am in a season which I did not foresee. I like doing bullet journals, planning — it was like something that was not in my plan. But it is amazing because I am learning that God is really good. It made me realize that grieving and healing can both happen at the same time.)

Dela Torre disclosed that the breakup brought a “foreign feeling” to her as she did not expect things to turn out the way it did. She was then asked by show host Regine Velasquez if she happens to blame herself for what happened.

(Yes, really. I guess in everything that I go through in life, that is my initial reaction. I always say, “What did I do wrong?” So especially now, [I ask myself,] “Where was I lacking?”)

(But we all ask ourselves those things like, “Where did I go wrong? Where was I lacking?” [It applies] not only to our relationships but also to our careers and even anything. But at the same, I also know that God makes all things beautiful in his time.)

The singer stressed that although she may be a “broken glass” now, she would heal and be “whole again” through her faith.

Dela Torre and Hernandez confirmed their breakup on May 31, with the latter confessing that he had been unfaithful to her. Dela Torre initially kept mum on the subject but eventually broke her silence, dismissing speculations that she also cheated on him.

Meanwhile, the singers’ handler also debunked “malicious speculations” that he caused the couple’s breakup, after a photo of himself with Hernandez made rounds on social media.

Dela Torre and Hernandez got married in a garden ceremony in Tagaytay in 2019, and they marked their third wedding anniversary last January. JB