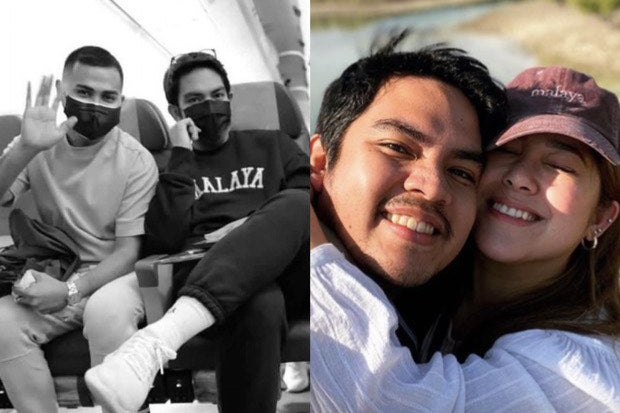 Moira Dela Torre and Jason Marvin Hernandez’s handler Mac Merla has set the record straight after “malicious speculations” arose, which involved him in relation to the couple’s breakup.

Merla clarified on his Instagram page yesterday, June 1, that his relationship with Dela Torre and Hernandez was purely professional, after internet personality Xian Gaza posted a photo of Merla and Hernandez together, which drew various reactions from netizens.

“Saw this post of Xian which has become a subject of malicious speculation. Just for the sake of clarity, for those who do not know us, I am Mac Merla of Cornerstone Entertainment Inc. I am the handler of Jason and Moira,” he said. “This was taken during our flight to Dubai for Moira’s event which was taken by Moira herself.”

The singers’ handler also appealed to the public to refrain from making speculations, adding that it is a “very difficult time” for Dela Torre and Hernandez.

(I appeal to you, as their close friend, to avoid these speculations that are not helping the hard situation that Moira and Jason are going through.)

Dela Torre and Hernandez’s split was earlier confirmed by the latter as he confessed that he had been unfaithful to her.

Speculations that they have broken up previously arose after some fans noticed that Dela Torre supposedly deleted most of their photos together on Instagram. The couple eventually dismissed the speculations along with the issue that Dela Torre cheated on Hernandez.

Dela Torre and Hernandez got married in 2019, a year after they got engaged during Dela Torre’s “Tagpuan” music video shooting.  /ra