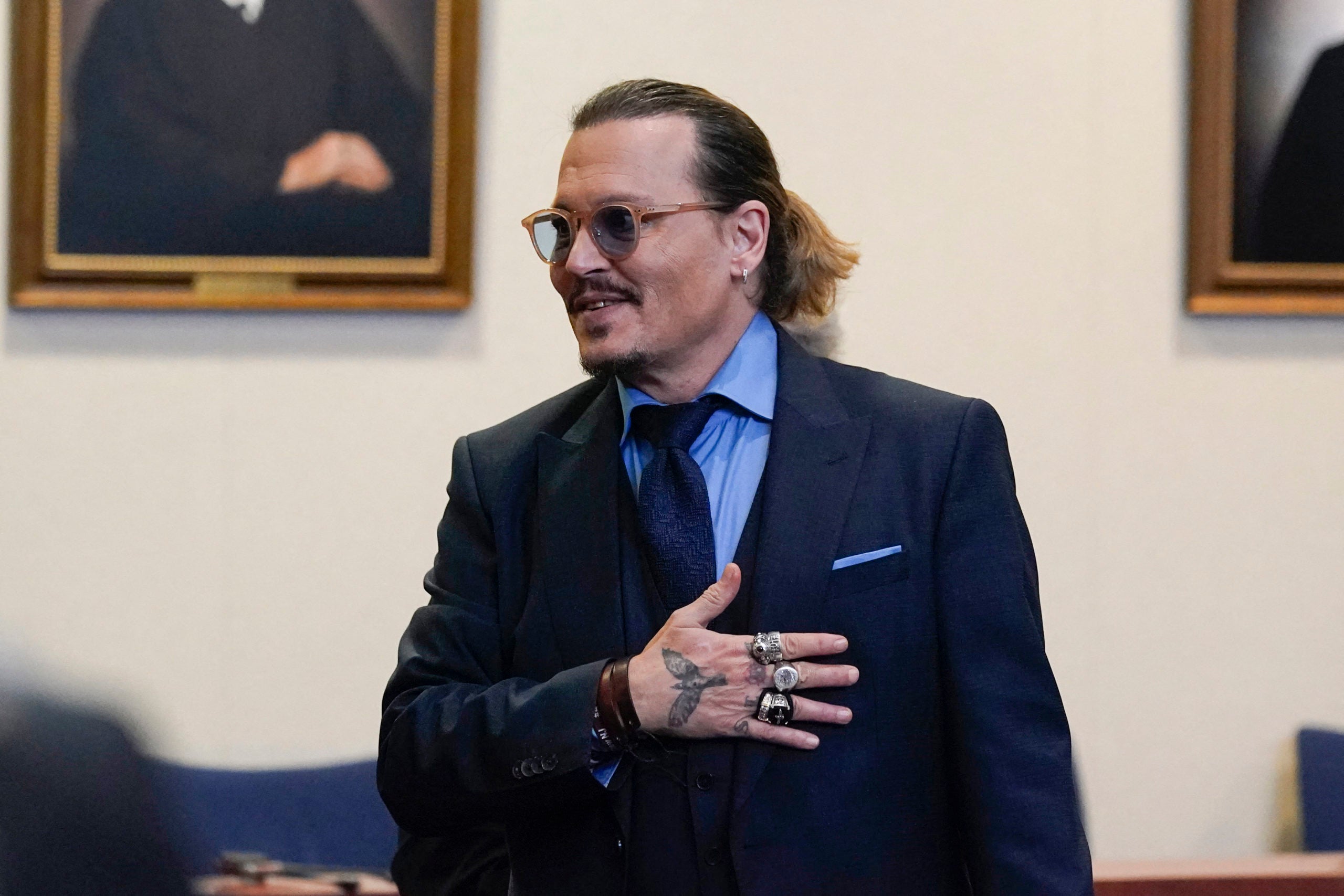 In this file photo taken on May 27, 2022 Actor Johnny Depp gestures to spectators in court after closing arguments at the Fairfax County Circuit Courthouse in Fairfax, Virginia.  A US jury found June 1, 2022 that actress Amber Heard had made defamatory claims of abuse against her ex-husband Johnny Depp, and awarded him $15 million in damages. (Photo by Steve Helber / POOL / AFP)

FAIRFAX, United States – A jubilant Johnny Depp said Wednesday that a US jury “gave me my life back” by overwhelmingly taking his side in a bitter defamation battle with his ex-wife Amber Heard over mutual allegations of domestic abuse.

The jury, after a six-week trial, found that Depp and Heard had defamed each other, but weighed in far more strongly with the “Pirates of the Caribbean” star.

The 58-year-old Depp, who lost a libel case against The Sun tabloid in London in 2020 for calling him a “wife-beater,” celebrated the split verdict in the case as a victory while Heard said she was “heart-broken.”

The five-man, two-woman jury, after deliberating over three days, unanimously found Heard liable for all three counts of defamation against Depp and awarded him $10 million in compensatory damages and $5 million in punitive damages.

The 36-year-old Heard prevailed on just one of the three counterclaims she made against Depp and the jury awarded her compensatory damages — but a much lower amount of $2 million.

A somber Heard, her eyes downcast, listened impassively as the verdict was read out in Fairfax County Circuit Court near the US capital. 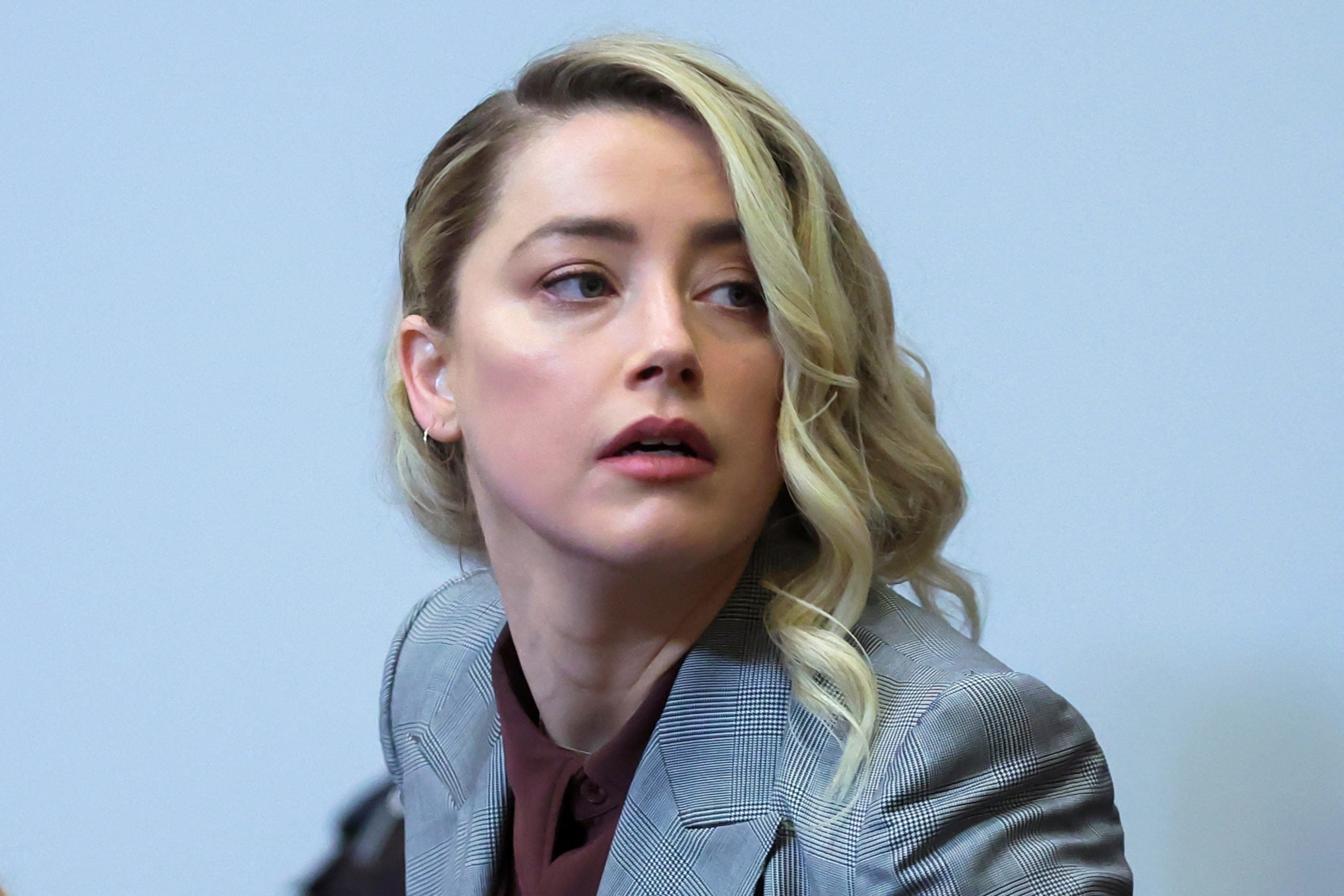 Amber Heard arrives at the start of the day during actor Johnny Depp’s defamation trial against her at the Fairfax County Circuit Court in Fairfax, Virginia, U.S. May 26, 2022. (Reuters/Michael Reynolds)

“The disappointment I feel today is beyond words,” she said in a statement. “I’m heartbroken that the mountain of evidence still was not enough to stand up to the disproportionate power, influence, and sway of my ex-husband.

“I’m even more disappointed with what this verdict means for other women,” she said. “It is a setback. It sets back the clock to a time when a woman who spoke up and spoke out could be publicly shamed and humiliated.

“It sets back the idea that violence against women is to be taken seriously.”

Depp, who has been in England for the past few days, was not in court for the verdict in the high-profile trial that hinged on lurid claims and counterclaims of domestic abuse between the Hollywood celebrities.

But he welcomed the verdict in a statement posted on Instagram which quickly received millions of “likes.”

“Six years ago, my life, the life of my children, the lives of those closest to me, and also, the lives of the people, who for many, many years have supported and believed in me were forever changed,” Depp said.

“The jury gave me my life back,” he said. “From the very beginning, the goal of bringing this case was to reveal the truth, regardless of the outcome.

“The best is yet to come and a new chapter has finally begun.”

A few dozen onlookers and Depp supporters waited outside the courthouse in sweltering heat for the verdict, including a man sporting a Captain Jack Sparrow pirate hat.

A Depp fan held a sign reading: “No matter what happens today, Johnny, you are a winner!!! And the whole world knows the TRUTH!!!”

Depp filed suit against Heard over an article she wrote for The Washington Post in December 2018 in which she described herself as a “public figure representing domestic abuse.”

The Texas-born Heard, who had a starring role in “Aquaman,” did not name Depp in the piece, but he sued her for implying he was a domestic abuser and sought $50 million in damages.

Heard countersued for $100 million, saying she was defamed by statements made by Depp’s lawyer, Adam Waldman, who told the Daily Mail her abuse claims were a “hoax.”

Both needed to prove the statements were defamatory and, to win compensatory or punitive damages, the jury needed to find they were made with actual malice — with knowledge that they were false or with “reckless disregard” for the truth.

Depp and Heard each spent days on the witness stand during the televised trial, which was attended by hundreds of fans of the “Pirates” star and accompanied by a #JusticeForJohnnyDepp campaign on social media.

Video and audio recordings of heated, profanity-laced arguments between the couple were played for the jury, which was also shown photographs of injuries allegedly suffered by Heard during their volatile relationship.

Hours of testimony were devoted to a grisly finger injury that Depp suffered while filming an installment of “Pirates” in Australia in March 2015.

Depp, a three-time Oscar nominee, claimed the tip of a finger was severed when Heard threw a vodka bottle at him. Heard said she did not know how the injury occurred.

Both agreed that Depp went on to scrawl messages on walls, lampshades and mirrors using the bloody digit.

Heard said Depp would become a physically and sexually abusive “monster” during alcohol- and drug-fueled binges and resisted her repeated efforts to curb his drinking and drug use.

Depp testified that it was Heard who was frequently violent and said it had been “brutal” to listen to “outlandish” accusations of domestic abuse.

Heard, who was married to Depp from 2015 to 2017, obtained a restraining order against him in May 2016, citing domestic violence.

Both sides claimed that the abuse accusations and surrounding publicity had damaged their Hollywood careers.