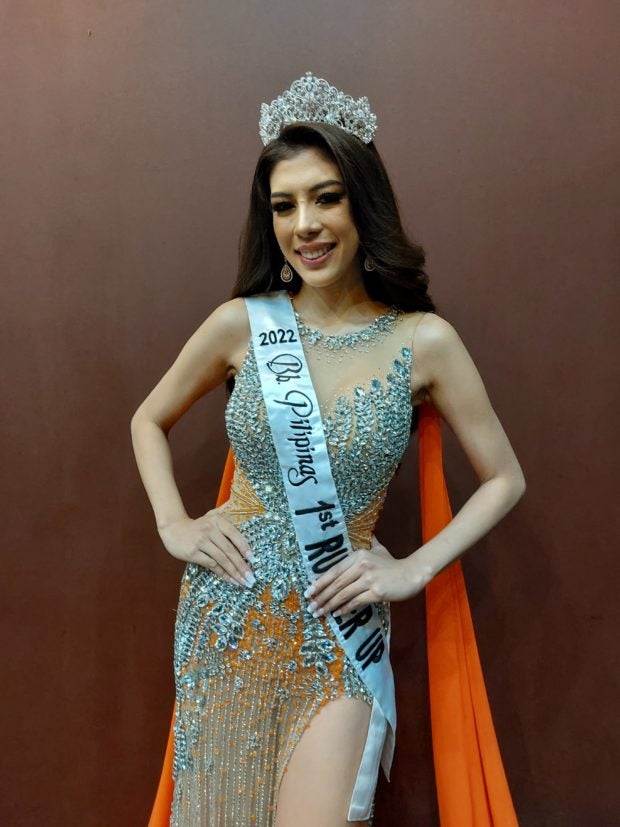 MANILA, Philippines — Binibining Pilipinas first runner-up Herlene Nicole Budol has been appointed as the country’s representative to the third edition of the Miss Planet International pageant, her manager Wilbert Tolentino announced on social media. But aside from getting the opportunity to wave the Philippine flag in a global tilt, the comedienne has gained so much more with her crown — respect.

“Whenever I walk now they call me ‘Miss Nicole.’ Before it was just ‘hoy hipon’ that I would get,” Budol told the Inquirer in Filipino, in an interview at Owner’s Circle at the Araneta City in Quezon City after her proclamation as first runner-up in the 2022 Bb. Pilipinas pageant.

“It feels good to earn respect from others,” continued the actress and content creator, who gained popularity as “hipon girl” for being someone whose amazing body supposedly does not match her face according to societal standards.

But for Budol, the key to her confidence was acceptance: “Appreciate yourself first. I have my unique beauty. Accept yourself first, love yourself before others can love you.”

Part of her self-acceptance was her decision to use Filipino during the speaking rounds of the competition.

“The moment I decided to join, right there at the initial screening, I have made up my mind that I would speak in [Filipino],” she shared. Budol said she did not have second thoughts about it because she was aware of her own strengths, and a decent command of English was not one of them.

What she was not prepared for, she said, was the positive feedback her decision to speak in Filipino received from the people. She confessed, “Whatever I do has always been wrong for other people.”

“But for me, I just do what I think is good for the people around me. Perhaps that is my contribution to society,” added the comedienne from Angono, Rizal, who also said logic dictates that speaking Filipino in a pageant whose title is “Binibining Pilipinas” should be acceptable.

Budol is reportedly planning to also speak in Filipino at the Miss Planet International, and seek the aid of an interpreter in answering during the rounds of questioning in the global contest.

During the Bb. Pilipinas pageant, she also declared being “uniquely beautiful with a mission.” And she stressed that her mission did not end with her receiving first runner-up honors in her first-ever national pageant. With her newfound fame, Budol said she also hopes to inspire other “unconventional” beauties to reach for their dreams.

“Just look at me. If I was able to achieve this, then you can, too. Nothing is impossible for someone who has a beautiful dream!” she exclaimed.

Budol will compete against over 60 other delegates at the 2022 Miss Planet International pageant in Kampala, Uganda, on Nov. 19. The competition was established “to seek the perfect women to represent our mission to preserve our beautiful planet,” the contest’s mission statement reads.

The international organization promotes “the compliance of the 17 sustainable development goals of the 2030 agenda accepted by the United Nations members.” JB