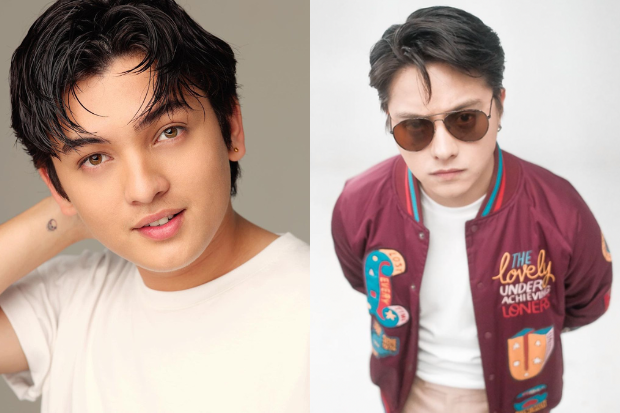 Seth Fedelin has admitted that being compared to Daniel Padilla comes with some level of adjustment on his part, and that includes avoiding his fellow actor’s songs when he performs in mall shows.

The “Kadenang Ginto” star revealed this in his interview with Ogie Diaz, for the latter’s YouTube vlog yesterday, Aug. 30.

Fedelin noted that he has been told he has the same hairstyle as Padilla and wears similar clothes or shoes as the 27-year-old actor. While he is happy receiving compliments related to Padilla, Fedelin said he also feels annoyed by claims that he is consciously “imitating” Padilla.

Fedelin stressed that he has no intention to imitate Padilla and he is only being true to himself when he vlogs or meets fans.

(When you watch Daniel and he stands in front of you, he looks so manly and I am not like that. When I stand in front of you, I look so young, I look like I grew up in a canal. But [the public] has many things to say about it… I am not sad about it, but I get frustrated… So sometimes, when someone tells me, “You look like this person” I wonder whether this is something good or bad.)

Fedelin admitted that if there is one thing that he would like to “copy” from Padilla, it is his achievements in show business. He pointed out the success of Padilla’s movie “The Hows of Us,” saying he wants to achieve the same feat someday.

“Gusto ko makagawa rin ng ganun. ‘Yun lang po ang gagayahin ko. Kasi hindi naman natin maitatanggi na si Kuya DJ is iba po siya,” he stated. (I want to do something like that. That is the only thing I would copy. Because we cannot deny that Daniel is different.)

Fedelin recounted that his similarities with Padilla had been noticed earlier in his career by producer Deo Endrinal, while his relatives compared him to James Reid even before he entered show biz. Despite this, Fedelin wants to build a career without another celebrity attached to his name.

(Sometimes I hear people say, “Hey, isn’t that [this actor’s] onscreen partner? Sometimes I think that someday they will say, “Hey, that is Seth!” Just me.)  /ra