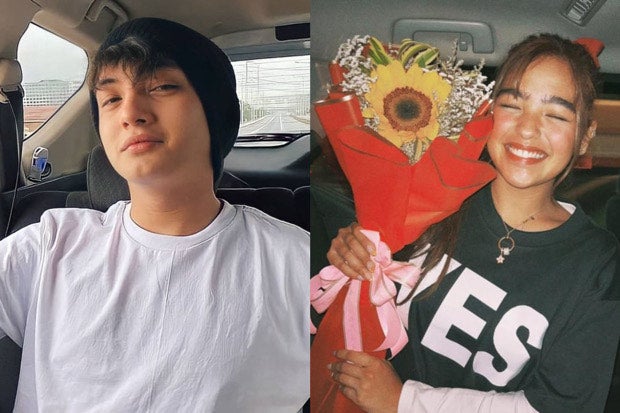 Seth Fedelin appealed to fans to respect and support his “friend,” apparently referring to his onscreen love team partner Andrea Brillantes, after she earlier went official about her relationship with actor-basketball player Ricci Rivero.

Fedelin broke his silence and came to Brillantes’ defense after he had enough of the bad comments towards her, as per his Instagram page yesterday, April 10.

(Guys, I have been reading a lot of comments and you know, it is unfair because you don’t know anything. It is unfair to my friend to read and hear such words that we don’t have the right to say in the first place.)

While he did not specify the comments he was pertaining to, the actor stressed that he and his friend know the truth.

(We both know what really happened, our friends also know what happened that’s why I’m here because I had enough, it’s too much. We are already losing respect. My friend does not deserve to hear those kinds of words and false reports, so please stop it.)

Fedelin then asked fans to be supportive of his friend’s relationship, adding that he does not harbor any ill feeling.

(I do not feel anger. What I feel right now is joy because my friend deserves that kind of gesture — for her to be acknowledged publicly. That’s why I’m happy and I have no negative feelings because I know the truth.)

(Let’s just support them and not wish them ill. I myself support the two of them. No one should be put in a bad position here because the two of us know the truth.)

Brillantes said “yes” to a surprise proposal Rivero made to her, asking her to be his girlfriend, after his University Athletic Association of the Philippines basketball game last Saturday, April 9.

Meanwhile, Fedelin and Brillantes, known as the love team “SethDrea,” is set to star in the musical series “Lyric and Beat” along with Darren Espanto, AC Bonifacio, Nyoy Volante and Agot Isidro, among others. JB