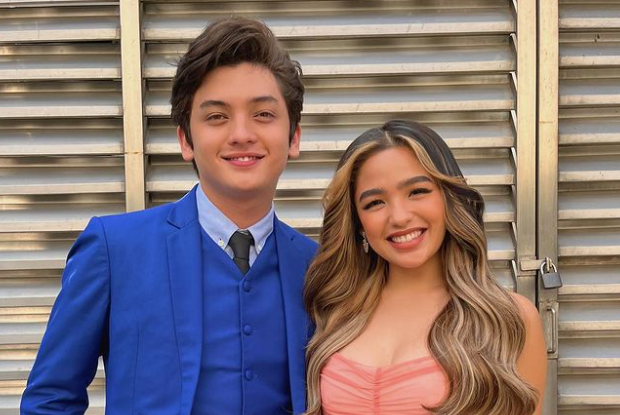 Andrea Brillantes has revealed that she and her onscreen partner Seth Fedelin were in a relationship for two years before breaking up last year, as she explained her side on several rumors involving her over the past months.

The actress admitted her past romance with Fedelin, among other things, during her Instagram Live video yesterday, April 11.

“We broke up last year. Early October ‘yun (It was early October). It was a painful breakup, but it was a mutual decision, ‘yung paghihiwalay namin (our separation),” she said. “We both loved each other truly and deeply. We learned so much from each other, but in the end, we realized na we weren’t growing as individuals na (already).”

Brillantes stressed that she and Fedelin ended their relationship “on good terms” and they promised to continue working with each other.

“We love each other as friends and we also like the company of each other as actors. At gusto namin matupad ‘yung pinag-usapan namin two years ago tungkol sa mga pangarap namin (And we want to fulfill what we discussed two years ago about our dreams),” she added.

Brillantes also thanked the actor for defending her amid the negative comments about her. This comes after she officially became a couple with actor-basketball player Ricci Rivero during his University Athletic Association of the Philippines game last Saturday, April 9.

(I know that these past few months are the hardest for us, for both of us, for all of us. I have mad respect for you because you had the strength to defend me though I know you also want to speak up.)

Brillantes confessed that she initially opted to keep her silence on issues involving her, but she felt many people were being involved.

She also called her actions over her heartbreak an “honest mistake” since she showed her emotions to the public. It can be recalled that Brillantes hit headlines with her fellow Gold Squad member Francine Diaz when fans speculated there was brewing tension between the two actresses. It was around this time that Fedelin was seen spending time with Diaz’s family. Despite this, Diaz’s manager denied rumors that Fedelin was courting Diaz.

According to Brillantes, she had no contact with Fedelin and Diaz when she saw the photo of Fedelin with Diaz’s family. Since it was her first heartbreak, she did not know how to handle it and her actions “made everything worse.”

Aside from that, Brillantes also denied rumors linking her to other men, as well as the rumor that she rushed to a fellow star’s dressing room to confront them about Fedelin. While Brillantes did not name a specific individual, speculations that Brillantes went to Diaz’s dressing room during ABS-CBN’s Christmas special made their rounds online last January.

“There are CCTVs in every corner of ABS-CBN and I actually asked for a footage para lang mapakita ko sa mga tao na hindi ko ‘to ginawa (just so I can show people that I didn’t do it),” she pointed out.

Brillantes stressed that she is making her statement now “for closure.”

“Masaya na ang puso ko ngayon at ipagdadasal ko na sana matutunan na rin nating lahat na maging masaya para sa iba,” she said. (My heart is happy now and I will pray that everyone will learn to be happy for others.)  /ra