Nadine Lustre pressured but appreciative over being called ‘president’ by fans 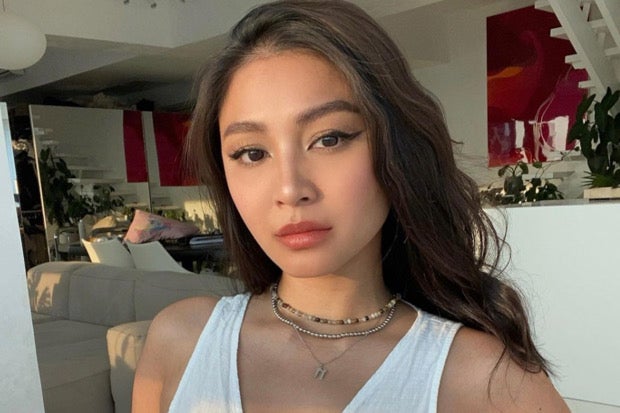 Nadine Lustre got real on how she feels about being called “President Nadine” by her fans, admitting that the internet title comes with pressure for her.

Lustre spoke about her initial reaction when she was first called “president,” in an interview with TV host Bianca Gonzalez for Cinema One, as seen on its YouTube channel last Sunday, April 10. Lustre being dubbed as the internet’s president reportedly started in 2017 as a joke among fans.

“Before, I really didn’t understand it. Every time people would call me that parang [I was like], ‘Why are people calling me that?’ I always found it so weird,” Lustre said. “Now, honestly it makes me feel loved.”

The actress-singer pointed out that she eventually came to appreciate the title as she feels acknowledged through it.

Lustre then opened up about the pressure that comes with it and how she handles it by being mindful of her actions.

“There’s also a bit of pressure because I’m very vocal about a lot of things so I guess I have to think about what I tweet or what I say on social media, even with what I do,” she said.

“I mean, it’s not like I’m gonna do bad things but you get what I mean, there’s a bit of pressure,” Lustre explained. “But I like it because ‘yun nga [like what I’ve said], I’m acknowledged.”

Meanwhile, Lustre recently attended the campaign rally of presidential candidate Vice President Leni Robredo and her running mate Sen. Francis “Kiko” Pangilinan in Pampanga, where she performed her song “Para-paraan.” Towards the end of her performance, Lustre was given a bottle of lechon sauce by a fan, which is a reference to Lustre’s viral photo during her Siargao trip in August last year. JB