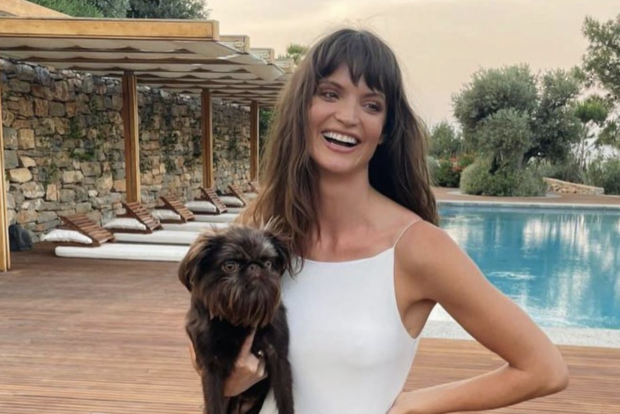 LOS ANGELES—Charlbi Dean, a young, up-and-coming South African actor who most recently starred in this year’s Palme d’Or winner “Triangle of Sadness,” died Monday in New York from an unexpected illness, Variety has confirmed. She was 32.

Dean also appeared in the DC Comics series “Black Lightning” on The CW. She played the highly skilled assassin Syonide throughout nine episodes over two seasons.

She made her acting debut in the South African film “Spud” in 2010 and returned in the 2013 sequel “Spud 2: The Madness Continues.”

“Triangle of Sadness,” a satirical dark comedy directed by Ruben Östlund, marked her first major film. Dean was the co-lead, opposite Harris Dickinson. They played a high-fashion, celebrity couple, Carl and Yaya, who are invited on a cruise for the ultra-rich, which at first seems like paradise for the wealthy, social media influencers. However, they soon discover that their shipmates include a Russian oligarch, British arms dealer, Marxist captain and other criminals. The power dynamic shifts aboard the ship and class conflict emerges.

The cast includes Woody Harrelson as the ship’s captain, Dolly de Leon, Zlatko Buric, Iris Berben, Vicki Berlin, Henrik Dorsin, Jean-Christophe Folly, Amanda Walker, Oliver Ford Davies and Sunnyi Melles. The movie was a hit at the Cannes Film Festival and is set to be released in the United States on Oct. 8.

After its Cannes world premiere, Neon bought the movie for around $8 million (almost P450 million). It will also screen at the Toronto International Film Festival and the New York Film Festival.

Dean’s other credits include the sci-fi action film “Death Race 3: Inferno,” the thriller “Blood in the Water,” the horror film “Don’t Sleep,” the drama “An Interview With God” and the TV series “Elementary.”

In addition to acting, Dean began modeling at the age of 6 and signed with Alfa Model Management at 12, appearing on magazine covers, commercials and catalogs over the years. DC/RA

Wolfgang Petersen, ‘In the Line of Fire’ and ‘Air Force One’ director, dies at 81