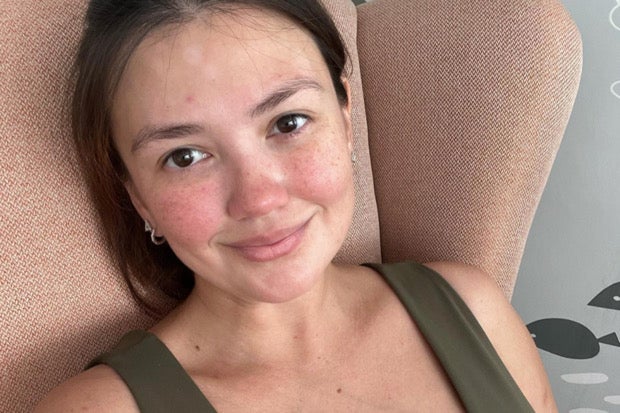 Angelica Panganiban appears to be going through a roller coaster of emotions as she is set to welcome anytime soon her first child with her non-showbiz boyfriend Gregg Homan.

The actress showed herself with Homan in a car heading to an undisclosed location, as seen in her Instagram Stories yesterday, Aug. 6.

“Nakaka-emo ‘yung bilis ng mga pangyayari. But at the same time, game na game na ‘ko matapos ‘to,” she stated, adding the hashtag “33 weeks.” (It makes me [emotional] that everything is happening so fast, but at the same time, I am really looking forward to getting this over and done with.) 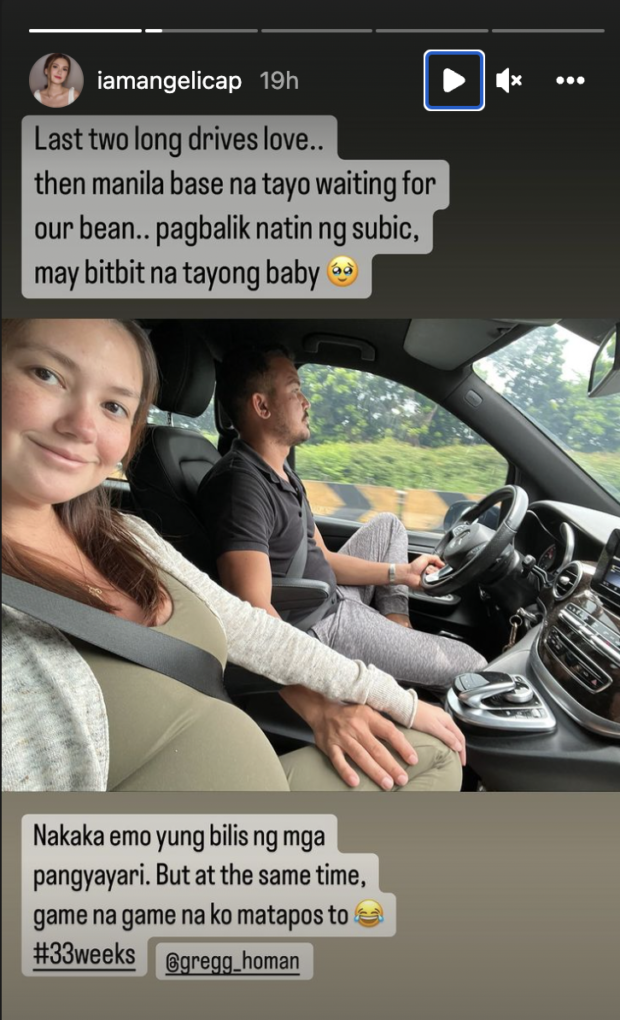 Panganiban announced her pregnancy last March, and shared that she and her partner are expecting a baby girl by throwing a gender-reveal party last June. She and Homan also earlier had an under the sea-themed baby shower, which was attended by Panganiban’s fellow celebrities including Anne Curtis, Angel Locsin and Maxene Magalona, among others.

Meanwhile, Panganiban revealed her relationship with Homan on New Year’s Day of 2021. The couple also celebrated their first anniversary in the same year. JB