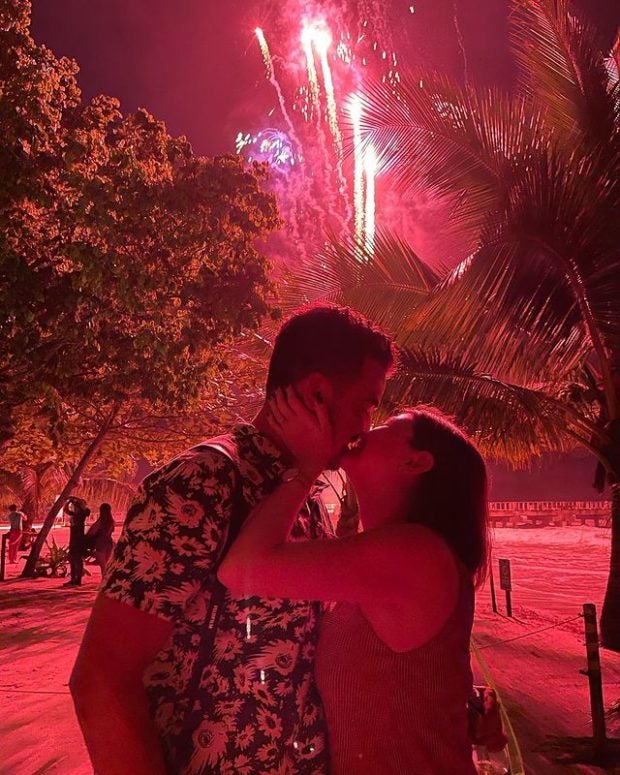 Angelica Panganiban surprised her fans as she revealed that she ushered in the new year with a special someone by her side.

The actress shared a romantic photo of them kissing under a display of fireworks on her Instagram page earlier today, Jan. 1.

“Kung isa kang pelikuka, sana, wala kang ending (If you are a movie, hopefully, you have no ending)..” Panganiban said.

Following her post, many of Panganiban’s fellow actors were quick to express how happy they were for her. Among them were her close friends such as Bela Padilla and Kim Chiu, who described Panganiban’s post as a “pasabog (surprise).”

While Panganiban did not mention the name of her new romance, many of her fans believe that the mystery guy is a certain Gregg Homan.

Panganiban’s friends first appeared to hint at her new boyfriend last November on her online show called “Ask Angelica.” During the episode, Panganiban stated that she was calm when John Prats asked her about the status of her heart. Glaiza de Castro also said that she was glad someone was already taking care of Panganiban, as per Inquirer Bandera.

Prior to her sweet post, the actress was recently linked to her “Walang Hanggang Paalam” costar Zanjoe Marudo. However, the two quickly dismissed rumors of them being a couple.  /ra