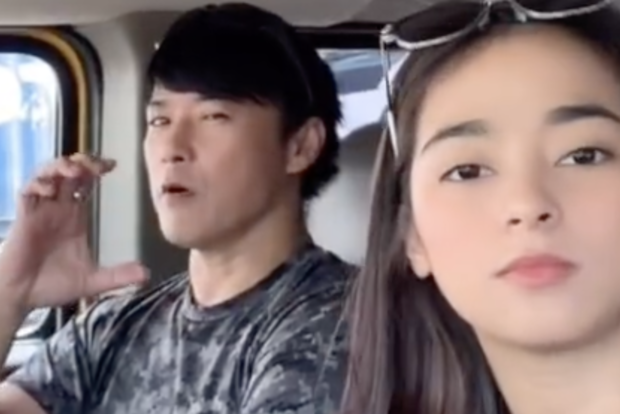 Jeric Raval has denied claims that his daughter AJ Raval is expecting a baby but noted that he does not see a problem if the actress actually gets pregnant.

The action star addressed the pregnancy rumors during his interview with comedian Ogie Diaz, for the latter’s YouTube vlog last Monday, Aug. 1. Jeric admitted being hurt by the negative remarks directed at his daughter and recounted that he called AJ when the pregnancy issue arose again last month.

Jeric then pointed out that when he called AJ to talk about the rumors, she was in Angeles City to finish shooting a movie project.

“Tinatapos niya ‘yung movie niya sa Viva… Hindi [s’ya buntis]. Bakit siya nagshu-shooting kagabi?” he told Diaz. (She is finishing her movie with Viva… She is not pregnant. Why would she be shooting last night?)

Given this, Jeric added that he sees no problem if, in the end, AJ is actually pregnant.

Speculations that AJ is pregnant has been circulating for months now and had already been dismissed by the actress last June.

However, it arose again last month when entertainment columnist Cristy Fermin claimed that an unidentified source apparently confirmed AJ’s pregnancy. Fermin also suggested that Raval’s supposed pregnancy was the likely reason why the actress had to leave a certain movie project.

AJ then denied the rumors again and explained that she tested positive for COVID-19, which is why she was not able to finish the movie project.

Meanwhile, Raval has been romantically linked to her fellow actor Aljur Abrenica since last year. The actress confirmed in October 2021 that they were in the process of “getting to know each other.”

Despite being seen together in several instances over the past months, Abrenica and Raval are yet to reveal the real score between them. JB