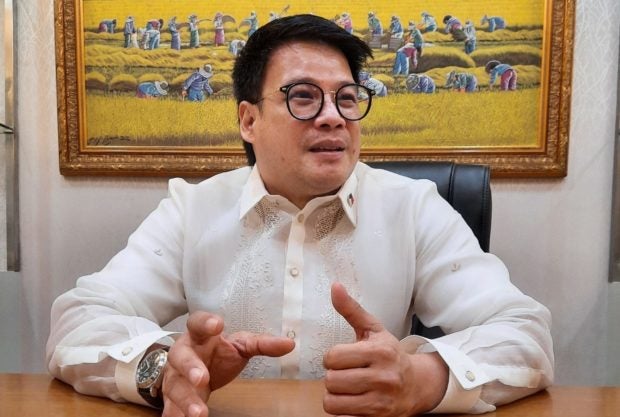 MANILA, Philippines — Actor Yul Servo Nieto has secured a fresh term as vice mayor in the nation’s capital city of Manila in the May 2022 elections, continuing a 15-year public service career that has seen him as a three-term city councilor, and a district representative at the House of Representatives.

He convincingly won a four-way race, with a 400,000-vote lead over his closest rival, fellow actor Raymond Bagatsing.

“We are okay, we are friends, we know each other. When we saw each other (during the campaign) the respect was still there,” the actor-turned-politician told the Inquirer in a mix of Filipino and English at the sidelines of the inaugural session of the 12th city council of Manila which he presided on July 4.

“It just so happened that we are both actors. There is nothing wrong when an individual dreams of serving the people. We gave our best, but I was fortunate to be chosen by more people,” Nieto continued.

The multi-awarded actor was last seen on the big screen in 2017 in the Cinemalaya entry “Kiko Boksingero,” and he said he had not been taking showbiz projects since securing a congressional seat.

But the international award-winning actor said he has not totally closed his doors on the entertainment industry.

“Now I am assuming a new position with different responsibilities. I have to learn new things, so I would rather focus on it for now. But once we get a hang of it, perhaps I could consider accepting projects, one a time,” Nieto explained. And when that time comes, the newly-elected vice mayor said he will not be choosy.

“There are no small or big roles for an actor. What is important is you portray it well, and they would want to work with you again,” he said.

Nieto is not the first actor to be elected vice mayor of Manila. Former Manila Mayor Isko Moreno Domagoso, who had a failed presidential bid in May, was the city’s second highest local chief executive for three consecutive terms.

Domagoso also had a decades-long show biz career, but not as illustrious as Nieto’s. The newly-elected vice mayor took home best actor trophies from the Brussels International Independent Film Festival for “Brutus, ang Paglalakbay,” Cinemalaya International Film Festival for “Batang West Side,” and FAMAS for “Naglalayag,” with supporting actor citations and other nominations from different national and international groups as well.

But Nieto shared pieces of advice he received from Domagoso during their last tour of the city on June 29.

“The most difficult part of a vice mayor’s job, or any public official’s job for that matter, is maintaining the trust the public has given you,” Nieto quoted Domagoso as saying.

Nieto succeeds Honey Lacuna for the vice mayoralty position, his running mate in the May 2022 elections who also secured the mandate of the city’s electorate as the first female mayor of Manila. JB