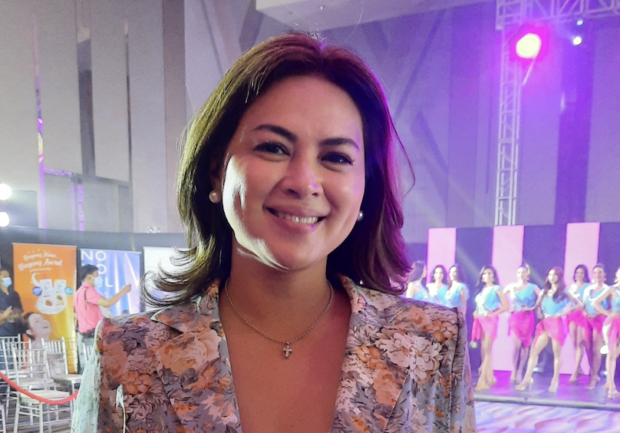 MANILA, Philippines — It has been almost 17 years since Lara Quigaman gave the country its fourth Miss International victory in 2005, a feat she was able to accomplish by joining the Binibining Pilipinas pageant twice to get a national crown and the opportunity to represent the Philippines in a global competition.

Now, the beauty queen-turned-actress and vlogger has returned to her pageant home, not just as a guest, but as part of the body that mounts the annual competition.

During the pageant’s presentation to the press of the 40 official delegates held at the grand ballroom of Novotel Manila Araneta City in Quezon City on July 5, the event’s hosts — Bb. Pilipinas International Hannah Arnold, Bb. Pilipinas Grand International Samantha Panlilio, and Miss Intercontinental Cinderella Faye Obeñita — introduced Quigaman as “the newest member of the executive committee” of the Bb. Pilipinas Charities Inc. (BPCI).

The ladies were judged during the press presentation and the scores from the event will be combined with another preliminary selection to determine the finalists who will advance to the next stage of the competition on finals night.

“Actually, I can’t believe it. I was really overwhelmed when they told me,” Quigaman told the Inquirer at the sidelines of the press presentation, adding that it is such an honor for her to be a part of the executive committee of the pageant that has changed her life.

Quigaman also joined the selection committee that screened the applicants and chose the official delegates to this year’s competition. She said that was already part of the job.

“I told them if there’s anything I can do for Bb. Pilipinas, I will be there,” she shared.

Quigaman said she would eventually want to implement “minor” suggestions to the way the pageant is being run, that spectators may surmise as her “stamp.” But that would have to wait for now, she said.

“I’m still a bit shy because I just got on board,” she explained.

Aside from BPCI chair Stella Marquez-Araneta, the first woman to be crowned Miss International, Quigaman is the only former beauty queen to join the executive committee.

“The experience that I have with Bb. Pilipinas before, I think I know what the girls are going through. So in a way I think I will be able to help them with that through this pageant,” Quigaman said. “What I went through before, I can share with them, especially in training them for their international competitions.” 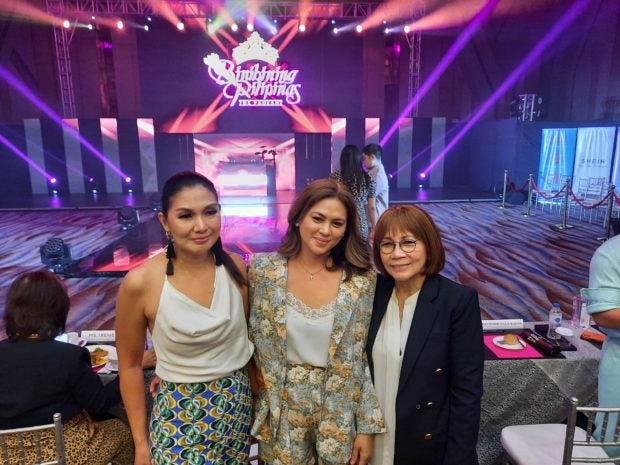 The next big activity for the 40 binibinis will be the national costume show at the New Frontier Theater on July 16. To build up interest for the said event, Bb. Pilipinas opened an exhibit of 7-foot-tall photographs of each of the ladies’ costumes at the activity area of Farmers Plaza at the Araneta City in Quezon City. The images were taken by Saldaña and Owen Reyes at Las Casas Filipinas de Acuzar in Quezon City, with styling support from Patrick Henry Mergano and Macky Combe.

And just like in the headshot exhibit opened earlier, the photos in the national costume exhibit may come to life through augmented reality technology by using your mobile devices. The national costume photo exhibit will be at the Farmers Plaza until July 15. It will transfer to the Gateway Mall on July 16 and will be up until the finals.

The 2022 Bb. Pilipinas grand coronation night will again be produced by Stellar Social Events Co. Inc., composed of the team behind the pageant’s production since 2011, and will be staged at the Smart Araneta Coliseum at the Araneta City in Quezon City on July 31.

Kapamilya Channel, the Metro Channel, TV5 and A2Z will have a live simulcast of the ceremonies. The pageant will also be seen overseas via the iWantTFC app and the pageant’s official YouTube channel. JB