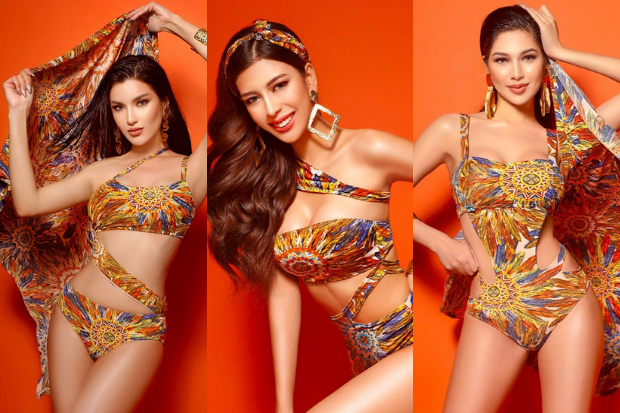 The candidates flaunted their figures in Philippine-made printed swimsuits from Dia Ali and accessories by Arnel Papa, as seen on Binibining Pilipinas’ Instagram page yesterday, July 4. The portraits can also be seen on display at Araneta City in Quezon City, as shown on the pageant organization’s Instagram page last Saturday, July 2.

Last May, Binibining Pilipinas held its Grand Santacruzan where the delegates participated alongside current and previous titleholders including Miss International 2005 Lara Quigaman. The candidates’ official glam shots were also released last May.

The candidates then showed off their talents in the talent competition held last June 23 and are now set to participate in the national costume fashion show this coming July 16.

The beauty pageant’s 58th grand coronation night will be held on July 31 at the Smart Araneta Coliseum.

A live telecast for the event will be seen via TV5, A2Z, The Kapamilya Channel and Metro Channel. It will also be live streamed on iWantTFC and the Bb. Pilipinas official YouTube channel.  /ra