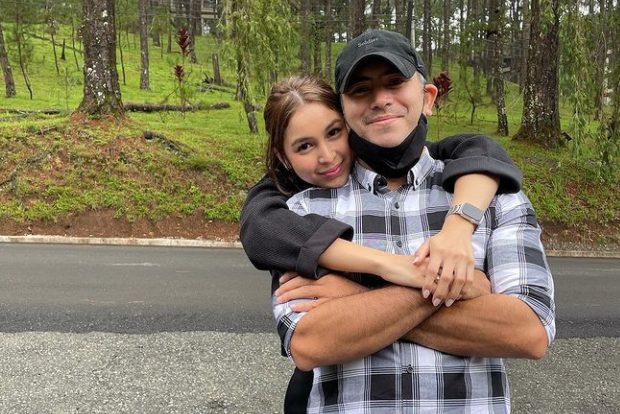 Julia Barretto opened up again on her plans about marriage, admitting she would be ready to give her “yes” if her boyfriend and fellow actor Gerald Anderson proposes to her in the coming months.

The 25-year-old actress, who has been open about her willingness to quit show biz and have a family within the next few years, talked about this in her interview with TV host Boy Abunda shown on the latter’s YouTube channel yesterday, May 18.

Abunda asked Barreto if she is scared of “the prospect that one of these years, [she is] going to get married.”

“I’m not scared,” she answered, adding that she finds marriage “exciting” and is “curious” about it.

“[Hypothetically], one of these months Ge asks you to marry him, would you say yes?” Abunda asked, and Barretto answered affirmatively.

Aside from marriage, Abunda and Barretto also discussed the actress’ willingness to have a baby at her age.

“I think it also comes with my mom and I are the best of friends. That’s because our age difference is not so far apart,” Barretto told Abunda. “It’s just we’re so close and I think I just want to have that kind of relationship with my children as well.”

Anderson confirmed his relationship with Barretto in March 2021, in an interview with Abunda. The couple have since gone on various trips together, usually at a beach or the sea.  /ra