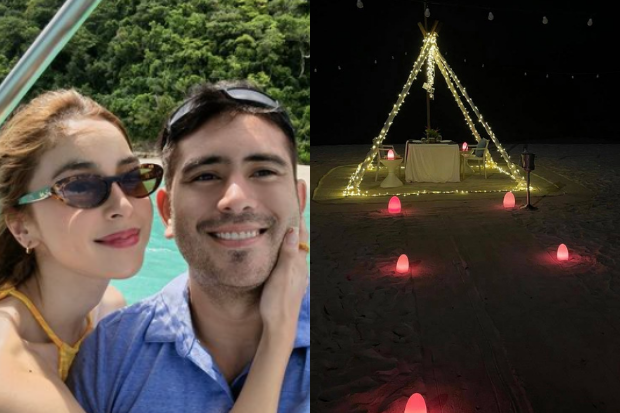 Julia Barretto and Gerald Anderson have gone on a getaway to Boracay, where they had an intimate dinner together by the beach.

The couple gave fans glimpses of the dinner date on their respective Instagram Stories yesterday, Oct. 19.

The actress showed the romantic setup featuring pink pathway lanterns and twinkling lights, while Anderson displayed hanging photos of moments from their relationship.

Barretto also received a bouquet of pink and red flowers from Anderson. 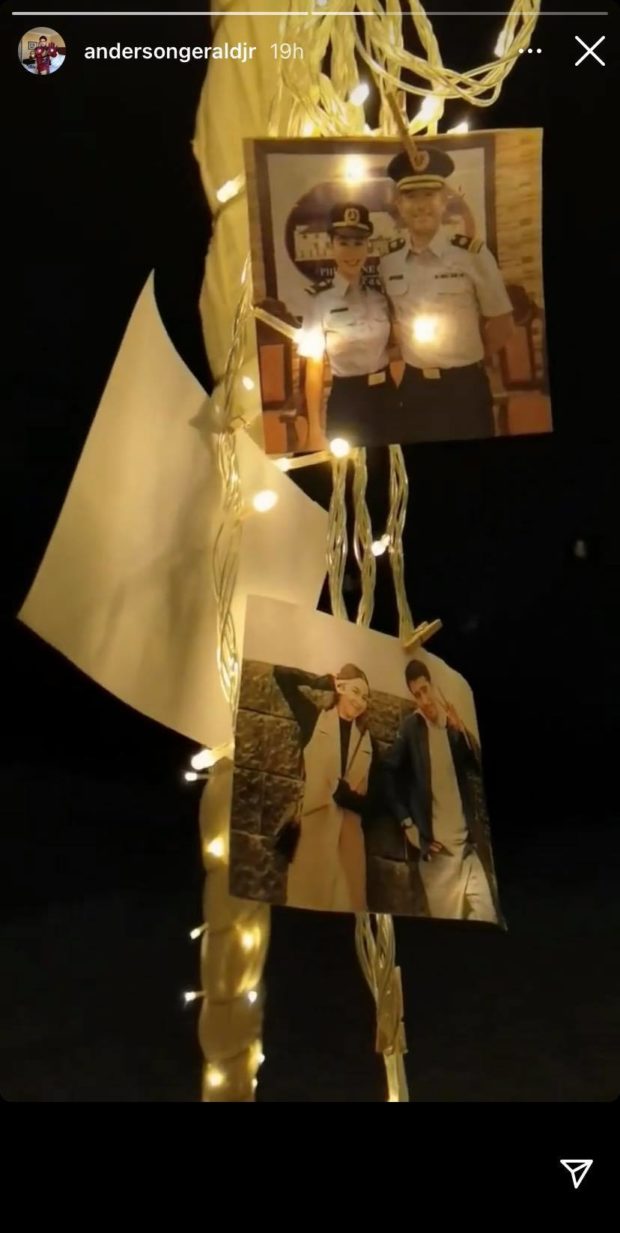 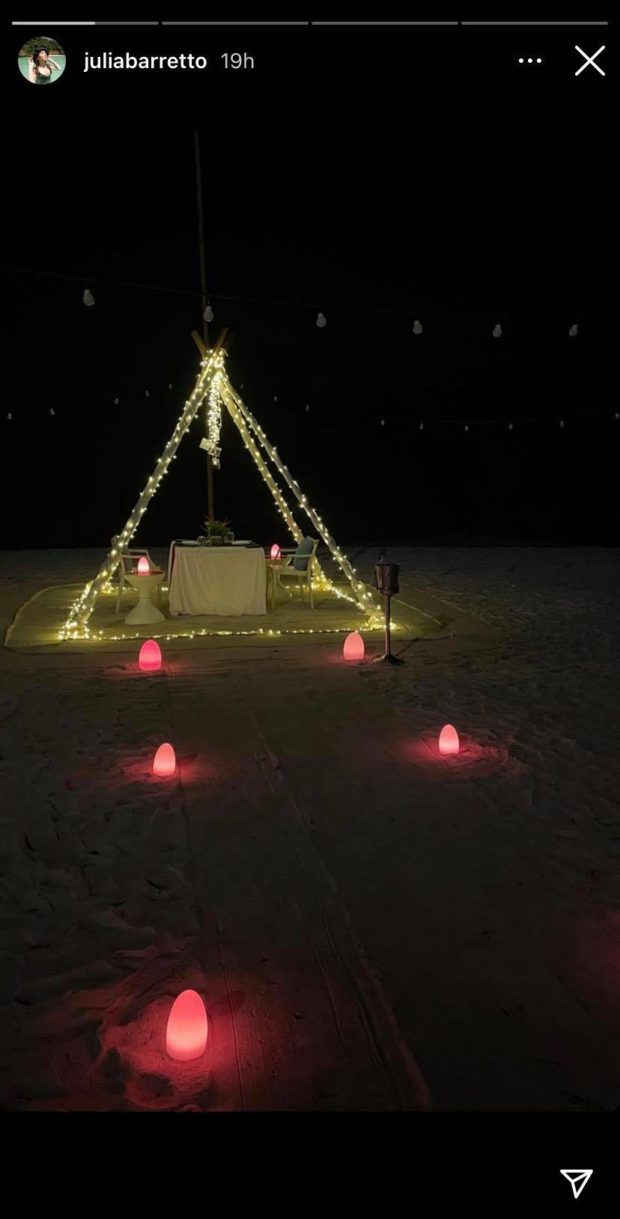 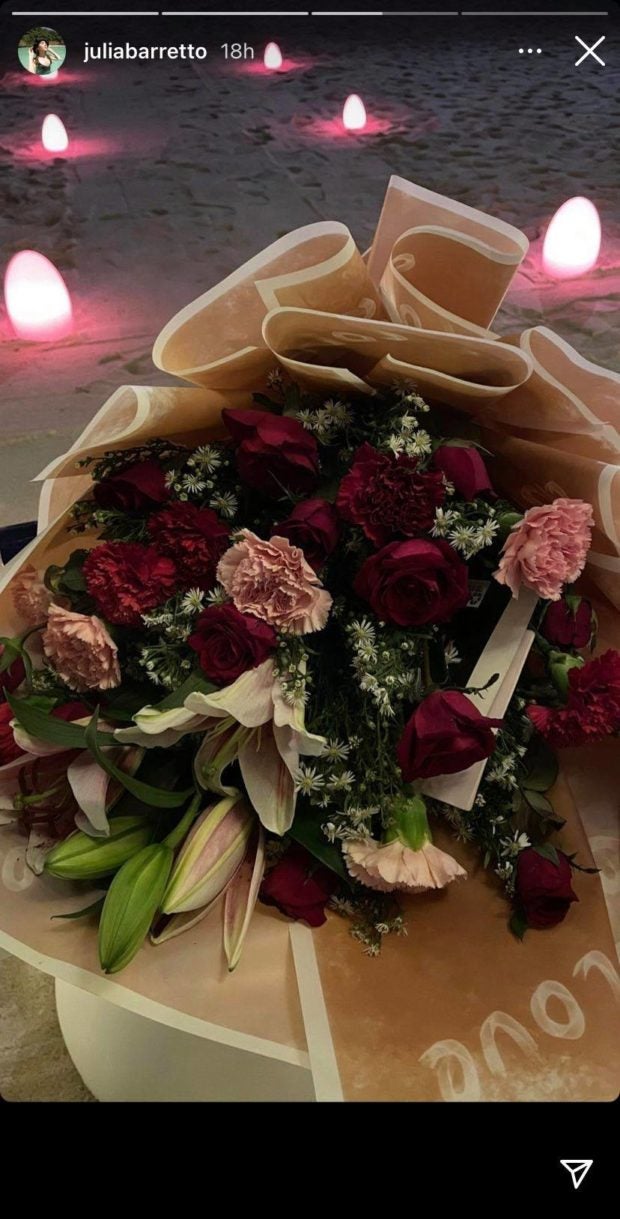 Aside from having dinner under the stars, Barretto and Anderson also went on a boat ride around the Boracay island, had seaside drinks and shared a kiss on the beach, as seen on their Instagram pages, also yesterday.

Anderson confirmed his relationship with Barretto last March, after months of speculation from fans. The two starred together in the romantic film “Between Maybes” back in 2019. According to Anderson, he believes Barretto is “the one” for him.  /ra