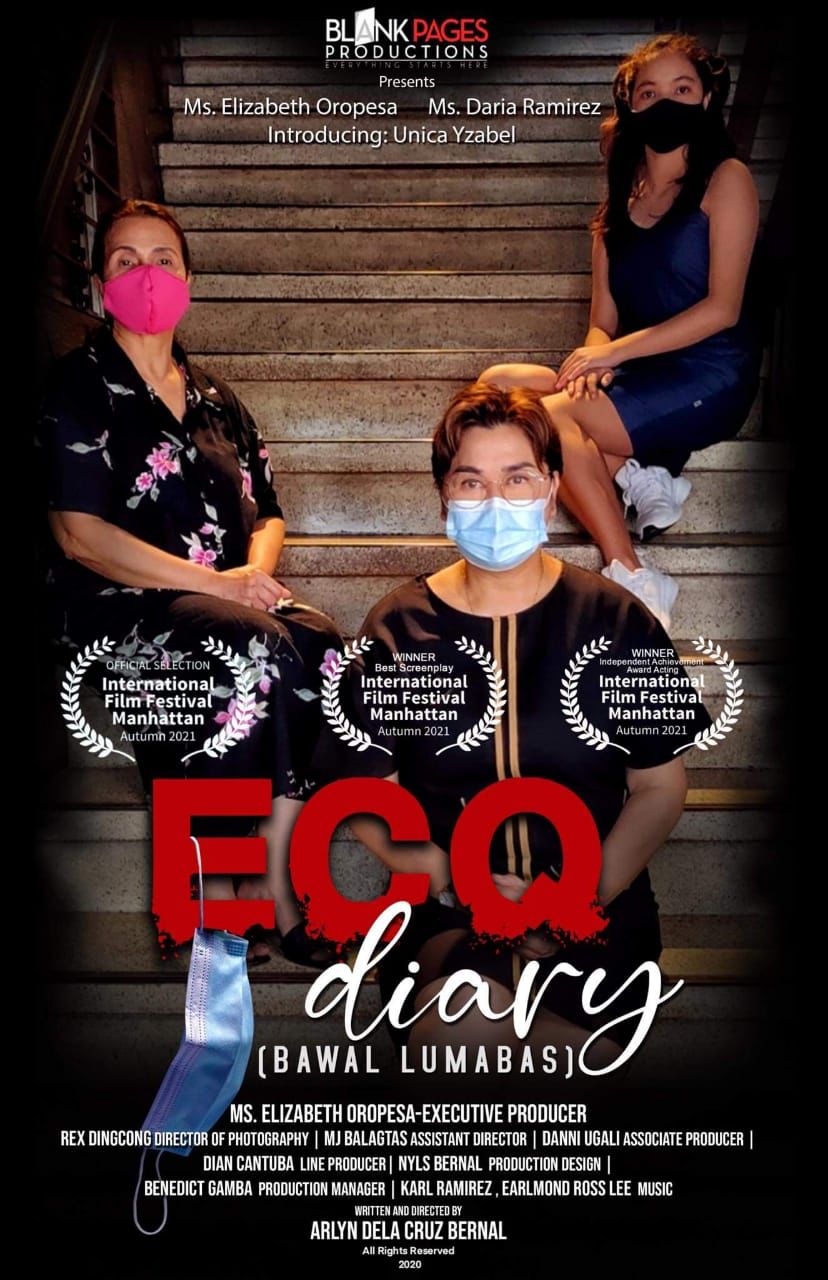 ECQ Diary (Bawal Lumabas) is the story of sisters Susan and Amalia who lived in the same house during the first year of the COVID-19 pandemic. Earlier this year, the movie was included in the independent section of the 17th Cinemalaya.

“The recognition is humbling, to say the least. This inspires me to write some more,” said Dela Cruz-Bernal, who is also the director of the film.

“We had a modest budget for this film and this kind of recognition motivates us to create more independent films,” Oropesa said.

Oropesa is the executive producer of ECQ Diary (Bawal Lumabas).

The two started collaborating for the award-winning film Maratabat (Pride & Honor) in 2014. Since then, they have worked together in several films.

Another entry from the Philippines that also won awards in the IFFM Autumn 2021 is Sugat sa Dugo with producer Danni Ugali bagging the Independent Achievement Award and Janice de Belen clinching the Best Actress in a Short Film prize.