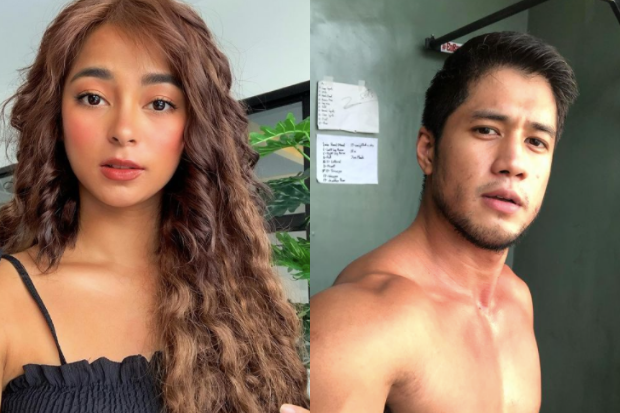 After Aljur Abrenica’s dare to his wife, Kylie Padilla, AJ Raval’s mother, Alyssa Alvarez, declared that the truth will be revealed as she spoke up about the “hurtful words” she and her daughter have been receiving amid the issue.

Abrenica appeared to have insinuated that Padilla cheated on him when he urged her yesterday, Oct. 19, to “tell them the truth.” He also talked about the “attacks” he has been receiving from the public in the wake of their split, as he is now being romantically linked to Raval.

Alvarez addressed the speculations about her daughter’s relationship with Abrenica while showing the actor’s statement on her Facebook page, also yesterday.

According to Alvarez, Abrenica told her what happened between him and Padilla when he introduced himself to their family.

“He told me everything from the start, para makilala ko ang pagkatao niya [at malaman ko] kung karapat-dapat ba siyang tanggapin ng pamilya namin,” she said. (…so I would get to know his personality and if he deserved to be accepted by our family.)

She explained that she chose to remain silent at first despite accusations from netizens that her daughter was the third party in the split, to prevent the issue from getting “worse.”

“Mas pinili kong masaktan para sa anak ko dahil alam ko darating ang araw [na] lalabas ang totoo,” Alvarez added. (I chose to get hurt for my daughter because I know the day will come when the truth will come out.)

“Nagpapasalamat ako ‘anak’ [kasi] tinupad mo ang sinabi mong di mo kami pababayaan,” she addressed Abrenica. (Thank you ‘son’ because you stayed true to your word that you will not abandon us.)

Raval confirmed earlier this month that she and Abrenica were “getting to know” each other. However, she denied rumors that she is the reason behind the split between Abrenica and Padilla.

Robin said the split was caused by a third party and claimed it is impossible for men to avoid cheating, leading fans and observers to speculate Abrenica cheated on Kylie. Abrenica refuted his father-in-law’s statement, describing it as “one-sided.”  /ra