Jillian Robredo fangirls over Taylor Swift at NYU graduation: ‘Queen of my heart’ 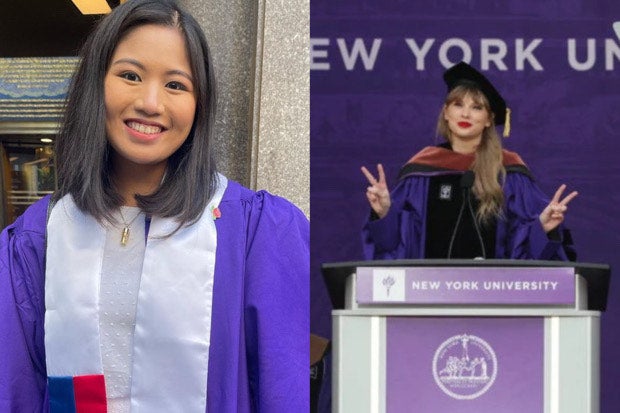 Jillian Robredo is one lucky Swiftie as she got to see Grammy Award-winning pop star Taylor Swift at the New York University graduation ceremony.

Robredo, one of the graduates at the said commencement, was along with the crowd in cheering when the singer entered the stadium, as seen on Robredo’s Instagram Stories today, May 19. Swift was in the ceremony to receive an honorary degree of fine arts from the university.

“Queen of my heart,” Robredo said. 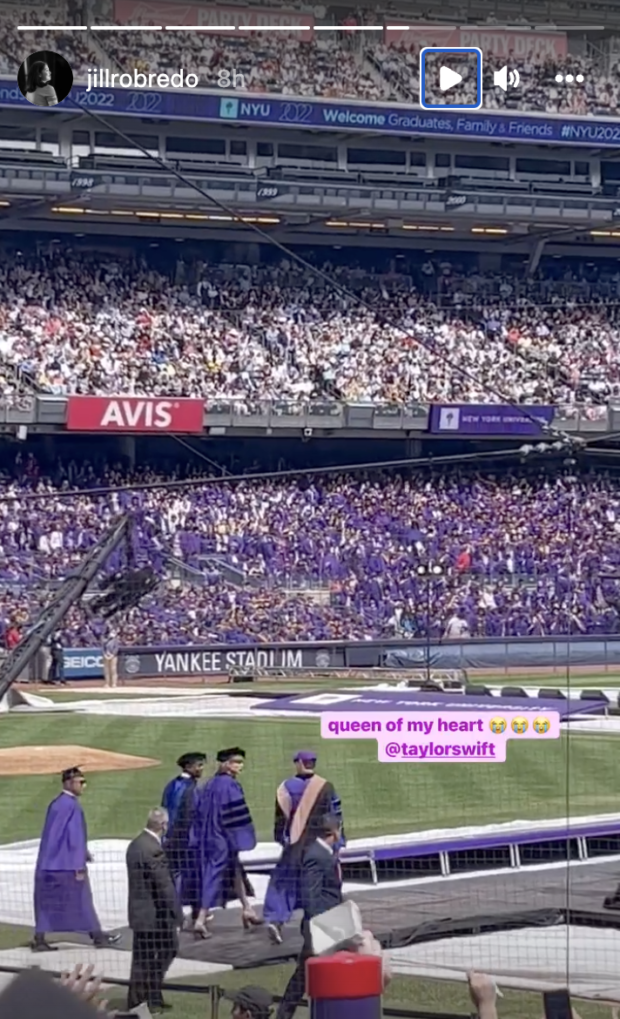 Robredo then showed Swift, dressed in a purple robe, being awarded the doctorate degree while calling her “Dr. Taylor Swift.” The American singer-songwriter also delivered a speech during the program and told the graduates that everything would be all right, referencing her 2014 song “Shake It Off.” 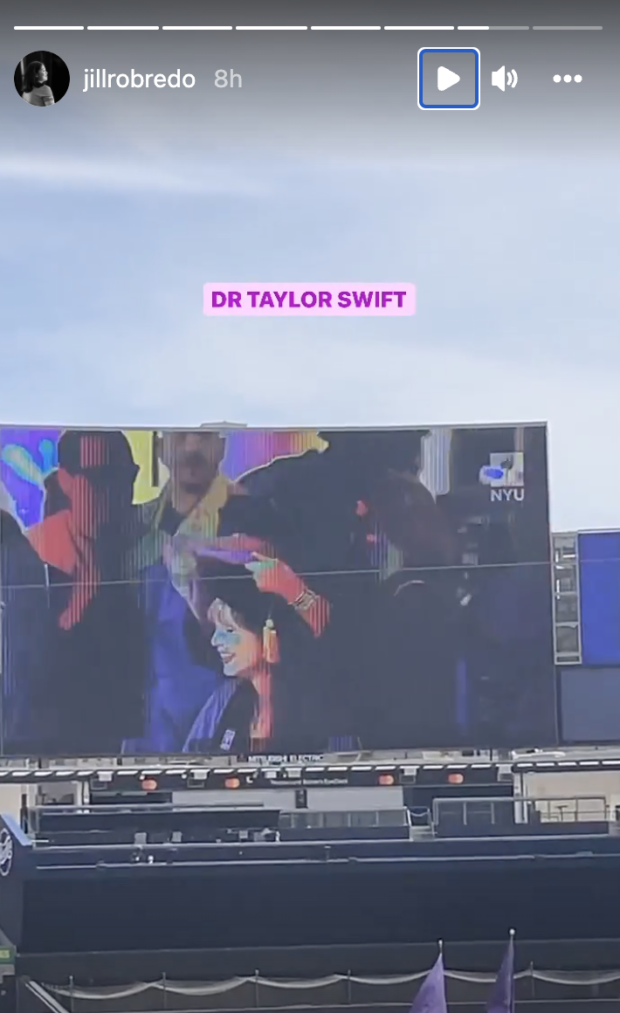 Jillian graduated at the New York University with a double degree in mathematics and economics. She attended the commencement ceremony with her mother, Vice President Leni Robredo, and siblings Tricia and Aika. JB