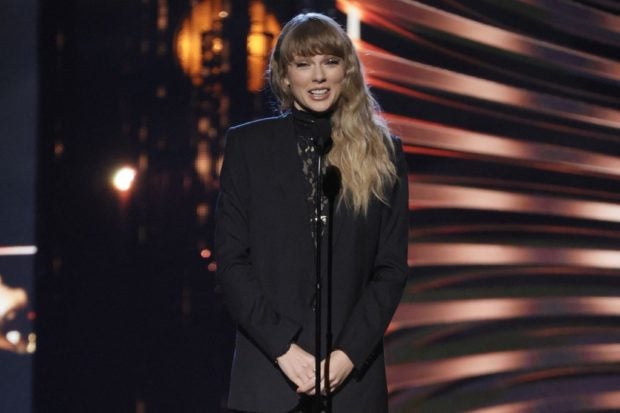 Taylor Swift is set to add more to her lineup of accolades as she will be receiving her first college degree: an honorary doctorate from New York University (NYU).

The university announced that the 11-time Grammy Award-winning pop star is among its recipients for the honorary degree via a release yesterday, March 28.

NYU stated that Swift will receive a Doctor of Fine Arts, honoris causa. She will also address the 2022 graduates and guests of the university at its commencement exercises on the morning of May 18.

This degree is a first for Swift, who has been touring, recording and writing her hit songs since she was in high school, as per Page Six yesterday.

NYU lauded Swift while listing some of her awards throughout her career.

“An 11-time Grammy winner, Ms. Swift is one of the most prolific and celebrated artists of her generation,” it said.

Swift is the only female artist so far to win the Grammy Award for Album of the Year three times. She has also been named Artist of the Decade at the American Music Awards in 2019 and earned the Global Icon Award in the 2021 BRIT Awards, among other honors.

Swift is set to be given her honorary degree alongside lifelong disability rights advocate Judith Heumann, who will be receiving a Doctor of Humane Letters, honoris causa. Heumann will deliver an address to the university’s 2020 and 2021 graduates at a combined evening commencement ceremony, also on May 18.

Last month, NYU launched a course dedicated to Swift, in which students can immerse themselves in the singer’s early days in the music industry and her transformation into a global pop icon.

Swift also recently teased her new song “Carolina,” which is featured on the trailer of the upcoming film “Where the Crawdads Sing.”  /ra