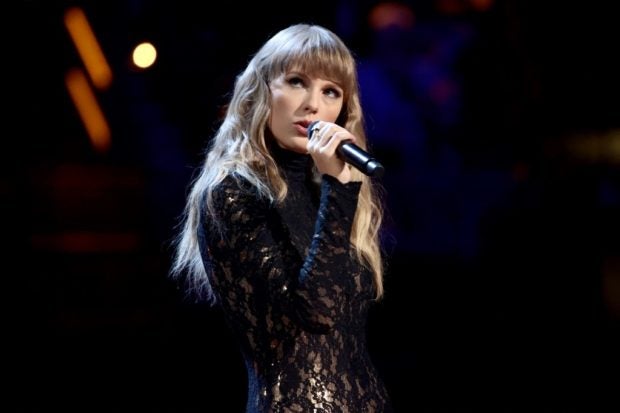 Taylor Swift has revealed that she is lending her voice and lyrics to the upcoming film “Where the Crawdads Sing” with her new ethereal track “Carolina.”

The 11-time Grammy-winning singer-songwriter teased “Carolina” by showing the official trailer for “Where the Crawdads Sing” on her Instagram page yesterday, March 22.

“You didn’t see me here/ they never did see me here/ There are places I will never ever go/ Things that only Carolina will ever know,” Swift sings in the trailer.

Swift admitted loving the original “Where the Crawdads Sing” book and wanting to be part of the movie after learning it was being produced.

“‘Where the Crawdads Sing’ is a book I got absolutely lost in when I read it years ago. As soon as I heard there was a film in the works starring the incredible [Daisy Edgar-Jones] and produced by the brilliant [Reese Witherspoon], I knew I wanted to be a part of it from the musical side,” she said.

Swift noted that she wrote “Carolina” alone and it was produced by Aaron Dessner, with whom she collaborated  for her previous albums “folklore” and “evermore.”

“I wanted to create something haunting and ethereal to match this mesmerizing story. You’ll hear it fully soon, but for now check out the [‘Where The Crawdads Sing’] trailer for a clip!” she told fans.

Based on the mystery novel of the same name, “Where the Crawdads Sing” tells the story of an abandoned girl who raises herself in the marshlands of North Carolina.

The girl then finds herself romantically pursued by two young men in town, but when one of them is found dead, she gets accused of his murder.  /ra