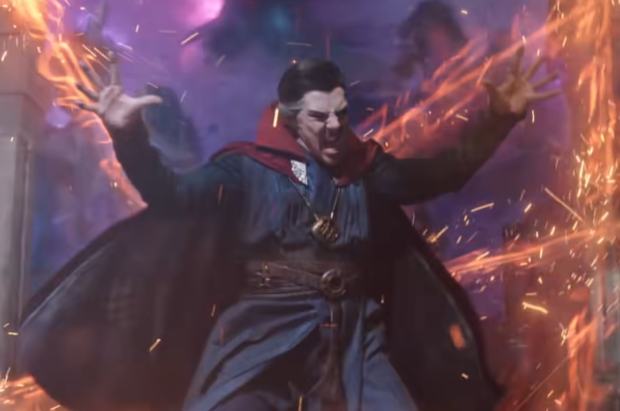 “Doctor Strange” star Benedict Cumberbatch has weighed in on criticisms about his character’s actions in “Spider-Man: No Way Home,” specifically when it comes to his spell that went awry and opened up the multiverse.

The English actor’s Master of the Mystic Arts was the subject of criticisms in the December 2021 hit film “Spider-Man: No Way Home.” In the film, Doctor Strange helped Peter Parker (Tom Holland) cast a spell that would make people forget he is Spider-Man. However, he was interrupted, got distracted and opened up the multiverse to various villains.

After Doctor Strange was described by critics as “not very good at his job,” Cumberbatch offered his explanation for his character’s actions in an exclusive interview with The Hollywood Reporter last Monday, May 2. According to Cumberbatch, Doctor Strange has been “pretty perfect” up until the events in “Spider-Man: No Way Home.”

“He’s a human being, and I think it was a very human error,” he said in the interview. “He saw Peter as a fellow foot soldier and then as a teenager going through a very formative experience of not being able to be his true self because of being exposed, and having lost a mentor, [Strange] decided to step in with a gesture of pretty good intention.”

Cumberbatch added that he believes the incident was not all Doctor Strange’s fault and Peter Parker played a part in it as well.

“I think the spell, on its own, might have been all right. Everyone forgets that Peter interrupts the spell so many times, and that’s what corrupted it. That’s what lets it in,” he was quoted as saying. “Peter, through the ability he has with his powers, affects the spell with his words. It’s not really Strange’s mistake.”

Despite this, Cumberbatch stressed that it was right for his character to help Holland’s.

“What kind of superhero would he be if he didn’t want to help another superhero? That’s kind of questionable,” he stated. “That avuncular love, that genuine love, which, by the end, is another cause for a near mistake, but he rights the correction there in accepting Peter’s idea of channeling the forgetfulness into the identification of him as Peter Parker so that everyone forgets who Peter Parker is. And it’s costly to [Strange] because he cares for the guy.”

Cumberbatch noted that he empathizes with the idea of superheroes making mistakes, which makes him happy to have done so with Doctor Strange.

“I think somebody who cares about somebody can be forgiven for doing something that has consequences. But in that moment, it takes a teenager to adjust him to doing the thing for the greater good rather than the selfish thing, which would be to not do that spell so he can carry on a friendship with the guy that he cares about,” he was quoted as saying.

Cumberbatch currently stars in the new Marvel film “Doctor Strange in the Multiverse of Madness,” the first standalone film since the 2016 movie “Doctor Strange.”

The film features Cumberbatch with Elizabeth Olsen as the Scarlet Witch, Benedict Wong as Wong, Rachel McAdams as Dr. Christine Palmer and Chiwetel Ejiofor as Karl Mordo, among others.

“Doctor Strange in the Multiverse of Madness” is directed by Sam Raimi, who helmed the Spider-Man movies starring Tobey Maguire. It hit Philippine theaters today, May 4, after about a year of delay due to the COVID-19 pandemic. Dana Cruz  /ra