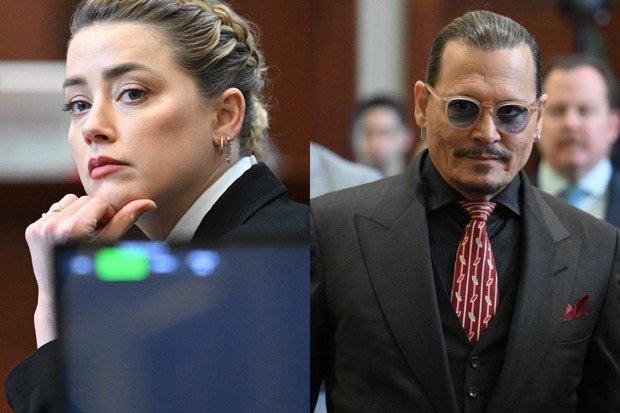 Actress Amber Heard suffers from post traumatic stress disorder as a result of “intimate partner violence” from her former husband, “Pirates of the Caribbean” star Johnny Depp, a psychologist testified on Tuesday, May 3.

Dawn Hughes, a clinical and forensic psychologist, also said that Depp suffered from “obsessive control” and “obsessive jealousy” issues towards Heard during their “highly volatile” relationship.

Hughes was the first defense witness to take the stand after Depp’s lawyers rested their case in the defamation suit he filed against Heard over an op-ed she wrote for The Washington Post in December 2018 in which she described herself as a “public figure representing domestic abuse.”

Heard did not name the 58-year-old Depp in the Post op-ed, but he sued her for implying he was a domestic abuser and is seeking $50 million in damages.

Depp has denied ever being physically abusive towards Heard and has testified at the blockbuster defamation trial taking place in Virginia that she was the one who was frequently violent.

Hughes said she had diagnosed Heard with PTSD after conducting four separate tests: “Those tests allow me to make a definitive diagnosis that she suffers from PTSD.”

“There’s significant support for the fact that there was intimate partner violence in this relationship,” Hughes told the seven-person jury hearing the case in Fairfax County Circuit Court.

Hughes’ findings contradicted those of a doctor who appeared as a witness for Depp, Shannon Curry, who said the actress did not have PTSD.

Curry, also a clinical and forensic psychologist, said it was her opinion that the 36-year-old actress, who had a starring role in the movie “Aquaman,” has borderline personality disorder and histrionic personality disorder. Part of her testimony can be viewed from Entertainment Tonight’s YouTube channel, posted on April 27.

Hughes said Heard did not suffer from those disorders.

Hughes said Heard had reported a number of “physically violent behaviors” by Depp and a “number of incidents of sexual violence.”

Hughes is to be cross-examined by Depp’s lawyers on Wednesday.

Earlier Tuesday, the judge hearing the defamation suit rejected a request by Heard’s attorneys to toss the case.

They claimed Depp had failed to prove he was defamed by the op-ed.

“The court should grant the motion to strike because the undisputed evidence is that he did, in fact, abuse Amber,” said Heard’s lawyer Ben Rottenborn.

Depp’s lawyer, Benjamin Chew, asked the judge to deny the motion, claiming it was Heard who is “the abuser in this courtroom.”

Such a motion to dismiss is common in legal proceedings but is rarely granted.

The judge said enough evidence had been presented so far to allow the case to proceed, and she would leave it up to the jury to decide.

Depp, a three-time Oscar nominee, and Heard met in 2009 on the set of the film “The Rum Diary” and were married in February 2015. Their divorce was finalized two years later.

Heard is expected to take the witness stand herself this week. AP/JB