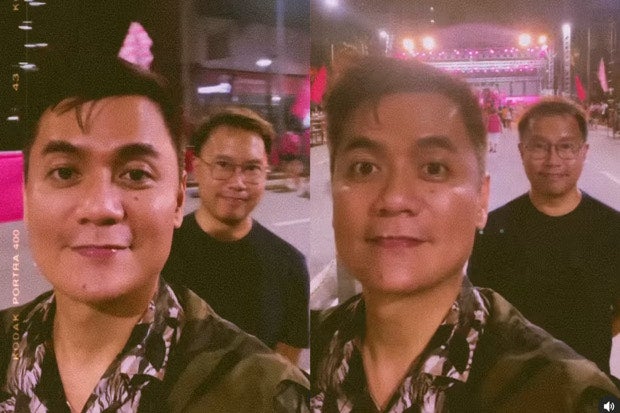 Filmmakers Jun Robles Lana and Perci Intalan were once again seen together months after their separation, as they announced their attendance in a campaign rally in Pasig.

Lana and Intalan stood beside each other while The White Stripes’ “We’re Going To Be Friends” plays in the background, as seen on Lana’s Instagram page yesterday, March 19. The two appear to be in the venue of the campaign rally of presidential candidate Vice President Leni Robredo which will be held today, March 20.

Intalan shared the same video while seemingly alluding to their bond despite their breakup, via his Instagram Stories, also yesterday.

“Sticking around kahit [anong] mangyari (whatever happens),” Intalan said. “Pina-deep (I made it deep).” 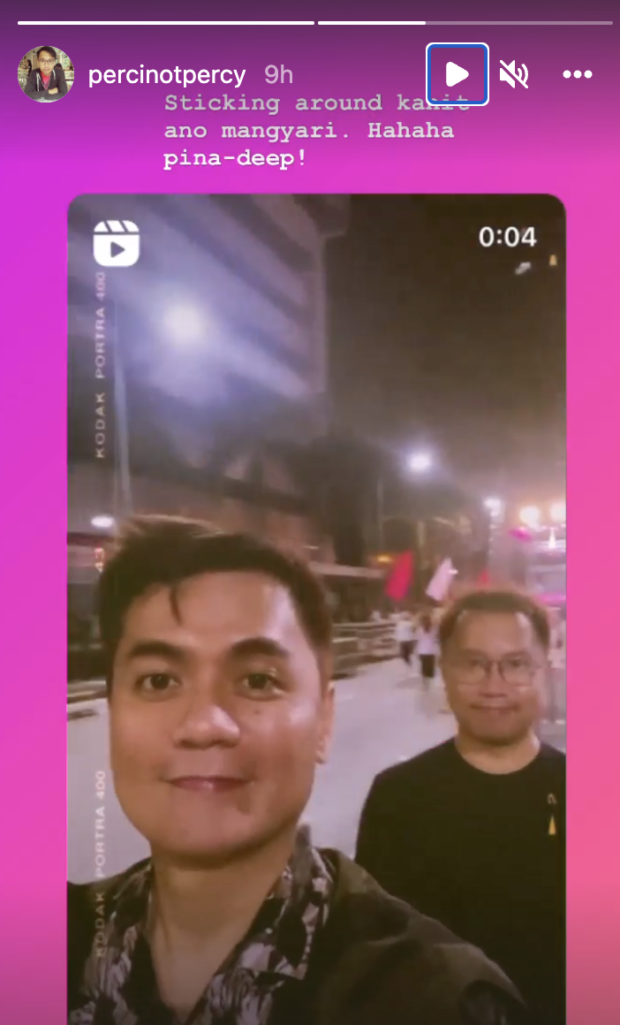 Lana announced his separation from Intalan in December last year after an 18-year relationship, eight years of which in marriage. The reason behind their split was not disclosed.

Lana and Intalan are the founders of The IdeaFirst Company, the creative content company behind award-winning films including “Kalel, 15,” “Bwakaw” and “Die Beautiful,” as well as the critically acclaimed series “Gameboys.” The two are also regarded by local film fans as a power couple for their acclaimed creative ventures. JB