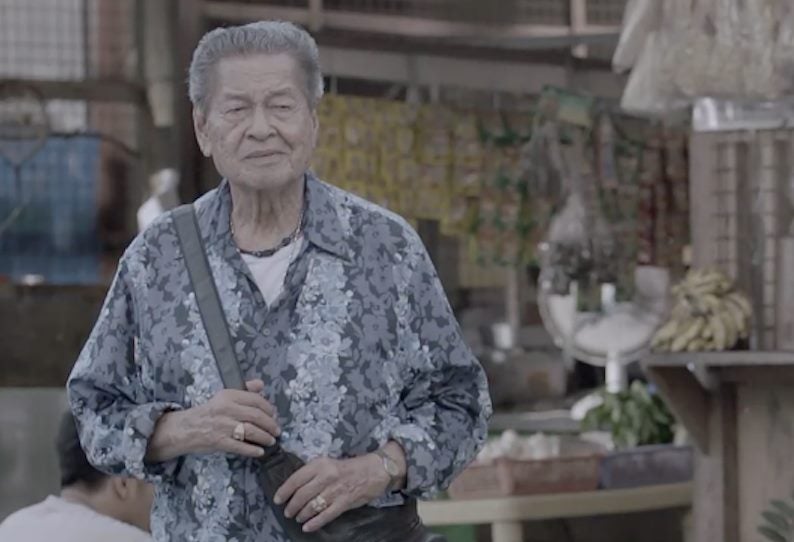 Eddie Garcia in one of his many film roles. Image: Screengrab from Facebook/Perci Intalan

“Die Beautiful” producer and “Born Beautiful” director Perci Intalan is one of the many names in the Philippine showbiz industry who mourn the death of Eddie Garcia on Thursday, June 20.

To honor the late Garcia, Intalan opened up about the lessons he learned from the veteran actor through talks they have shared during filming and encounters, as per his Facebook post yesterday, June 23.

Intalan recalled how Garcia considers the time, when it comes to filming for a movie or teleserye.

“‘I’m paid to wait.’ This is what Tito Eddie says whenever we apologize for any delays on set. So be thankful if you are actually compensated well for every second compared to those you are working with who are also waiting with you,” Intalan said.

He also spoke about Garcia’s respect for the people he worked with on set.

“Experienced or not, he respects his Director, his Producer and all the people he is working with,” Intalan recalled. “Even if he sees you making mistakes left and right, the worst you will get is a fatherly head shake that comes with that cheeky smile.”

Intalan discussed what he learned from Garcia when it comes to dealing with difficult stars in the production: “He simply made sure whenever the star arrived, everything was ready on set. Sometimes all you need to prove to someone that is difficult to work with is that you, on the other hand, are not.”

He also mentioned how Garcia interprets his characters, down to the costumes Garcia needed to wear.

“Tito Eddie always thinks of ways to make his character different from anyone he has played before. Of course, he doesn’t do this without the permission of his director,” Intalan said. “He knows how many stripes or stars need to be in a uniform, he knows what each order of priest actually wears. When your wardrobe department gets it wrong, Tito Eddie saves the day by bringing out the correct uniform from his car. He always comes prepared.”

Lastly, Intalan shed light on the day Garcia was injured in the filming for his upcoming GMA teleserye.

“I can never imagine him blaming anyone for anything that goes wrong on set. He will just say things like ‘no one wanted it to happen,’” Intalan said of Garcia. “He will just assume that the people he is working with will do what they can to make sure it doesn’t happen again.”

“All who know him understand that the last thing he would want is to see us mourning his death when we can be celebrating his life,” Intalan said, as he also shared that he was filming in Baguio when he heard the news of Garcia’s passing.

Intalan has worked with the veteran actor in the 2012 film “Bwakaw” which he co-produced, and earned Garcia several Best Actor awards. JB