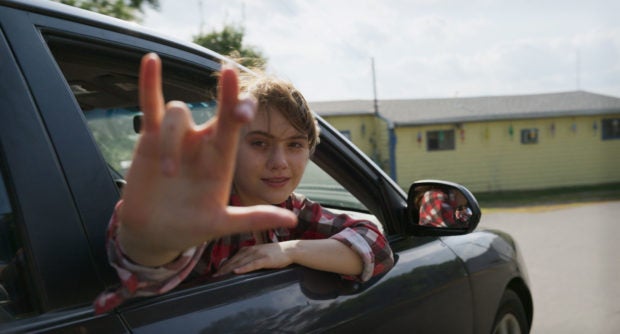 France’s film industry needs to focus on splashier productions to stay ahead in the streaming era and keep its cinemas alive, the head of Paris-based Pathe Films told AFP.

The production company is currently having global success with CODA, a United States remake of a French film about an aspiring singer and her deaf family that is gunning for Oscar glory later this month.

But Pathe’s major focus in the coming months is the sort of big-budget spectacle it sees as vital to drawing crowds back to the other side of its business — its cinema chain.

It has a series of tent-pole projects that leverage some of France’s best-known characters, including reboots of the Asterix franchise (“Asterix & Obelix: The Middle Kingdom”) and “The Three Musketeers,” both due over the next year.

Also in the pipeline are films about Charles de Gaulle’s time in wartime London and a new version of “The Count of Monte Cristo.”

“To attract the public, France needs films that are more spectacular,” Pathe’s president Ardavan Safaee told AFP in an interview at its Paris headquarters.

“The sorts of films we created until recently — this mass of 300 films per year — that system isn’t viable in the long-term.”

Pathe has found great success abroad with the sort of prestige dramas, “Slumdog Millionaire,” “The Queen,” “Selma” —  that can struggle to find backing in superhero-obsessed Hollywood.

“CODA,” a rare U.S. production for the company, is doing particularly well, picking up a string of awards.

On Sunday, it won BAFTAs in London for its screenplay and supporting actor Troy Kotsur, the first ever for a deaf person at said category.

That points to one major change in the few short years since the French original, “La Famille Belier,” in 2014.

“The parents in the original were played by actors who weren’t deaf. Today we wouldn’t do that,” Safaee said.

“The extremes of this debate aren’t good — actors are still actors. We also produced Virginia Efira in ‘Benedetta’ and she isn’t a nun from the 17th century,” he added, laughing. “But using deaf actors was important in this film. It gave it authenticity.”

Back home, however, it is no surprise why Pathe wants to step up its game: it is competing for the attention of 8.4 million French households with a Netflix subscription.

The government has fought to protect its heavily subsidized film industry and vast network of cinemas (the most per capita in Europe) with strict rules about how long streaming platforms must wait to get hold of new releases.

Netflix has bought concessions, investing 200 million euros this year alone in French productions, including 40 million for 10 cinema releases, but that has only reduced the delay from three years to 15 months.

Safaee said France’s protections are important but may go too far.

Italy and Spain have fewer rules, which has been devastating for their cinema chains, he said. But that has also attracted more investment from streamers, particularly for series, that will likely foster a new generation of talent.

“For now, it’s working in France, but if the platforms continue to grow and help our neighbors grow, and we don’t give them a place… we will fall behind,” warned Safaee.

“If we don’t do anything, I’m worried that in 10 years we will be overtaken by our neighbors in Britain, Spain, Italy…” JB