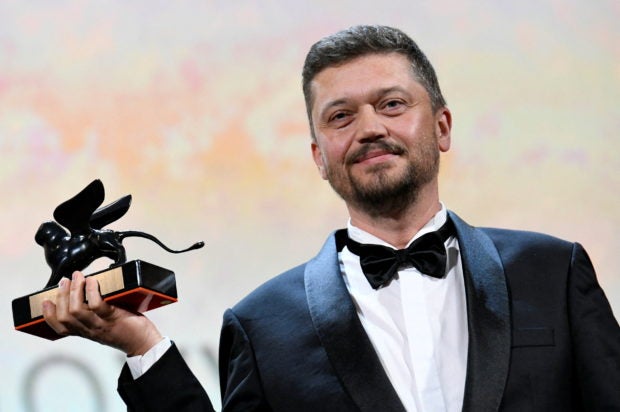 LONDON — Since Russia launched its invasion of his country, Ukrainian director Valentyn Vasyanovych has turned to what he knows best to join the war effort — his camera.

Together with his producer Vladimir Yatsenko, the 50-year-old director whose films have looked at the conflict and its aftermath, says he is documenting what is happening on the ground in Kyiv.

Their footage includes people, young and old, being evacuated from Irpin, crossing a destroyed bridge in the town hit by shelling.

“I am much better at handling a camera than a weapon… I can learn things, I can film, I can create images, I can simply watch and gain understanding,” Vasyanovych told Reuters.

“I will figure out later what can be made of this footage, what can be created from all that is happening here… I’d rather take pictures than use weapons.”

Like others, Vasyanovych said he had a gun and had undertaken some training before Russia launched what it calls a “special operation” in Ukraine last month.

“I had a feeling that a situation like this may arise, that Kyiv may be attacked,” he said. “When it becomes necessary, all of us will have to use guns against the Russian occupiers.”

Born in the northern Ukrainian city of Zhytomyr, Vasyanovych made his feature film debut in 2012 with comedy drama “Business As Usual.” His 2019 movie “Atlantis,” about a soldier suffering from post-traumatic stress disorder, won best film in the Orizzonti section at the Venice Film Festival that year.

His latest movie “Reflection,” set against the backdrop of the 2014 war between Kyiv and Russian-backed separatists in eastern Ukraine, was in competition at Venice last September.

“When I worked on (‘Atlantis’)… I never thought cities will be destroyed to such an extent (as during the current war), places like Kharkiv and Mariupol which are simply being wiped off the face of the earth,” he said.

“We shot most of the footage for the film in Mariupol and what’s happening there now, people dying there, everything being destroyed in a methodical way so that the city will not be there anymore… to be honest, I never imagined such a scenario.”

Russia’s invasion has sent more than 2.8 million people fleeing across borders and trapped hundreds of thousands in besieged cities.

“What’s happening now is the biggest battle of our history and the existence of Ukraine will depend on the result of this confrontation,” Vasyanovych said.