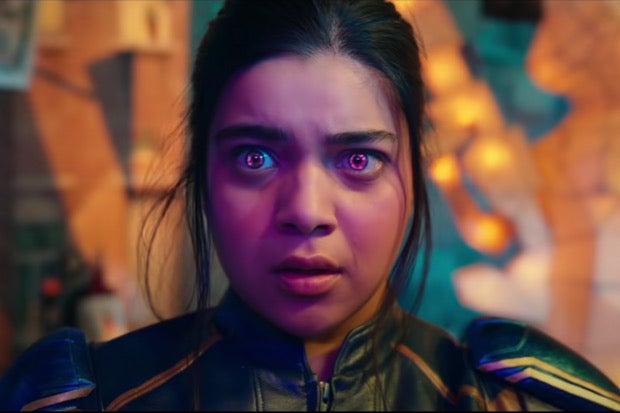 Vellani plays Kamala Khan (Ms. Marvel) in the series, a Muslim-American high school student who’s a huge Captain Marvel fan, as seen in the trailer released in Marvel Entertainment’s YouTube channel yesterday, March 15. Her fantasies of becoming a superhero became a reality after she found a mystical bracelet which gave her “cosmic” powers.

“Maybe they’re right, I spend too much time in fantasy land. It’s not really the brown girls from Jersey City who save the world,” Khan says.

After gaining powers she has long been dreaming about, Khan appears to be struggling to balance her life as a student and a superhero.

“I always thought I wanted this kind of life but I never imagined this,” she adds.

Meanwhile, fans are reportedly divided over the apparent change in the superhero’s superpowers for the series. In the comic book, Ms. Marvel has the “embiggening” powers of a polymorph, instead of cosmic powers.

Vellani will be starring in “Ms. Marvel” alongside Aramis Knight, Saagar Shaikh and Rish Shah, among others. The series will be up for streaming on June 8 on Disney+. JB