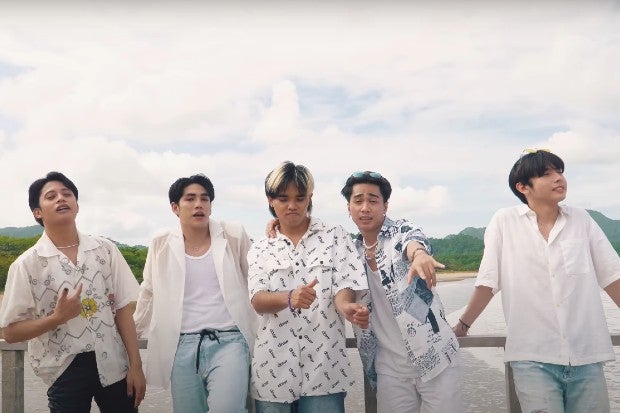 P-pop band SB19 gave thanks to its fans, collectively called A’TIN, and supporters, before the year ends with the release of a new music video for their song “SLMT.”

The group uploaded the video on their YouTube channel yesterday, Dec. 30. It was filmed in a resort at El Nido, Palawan, where the group sang and danced on its sandy white shores. Vlog-type videos of the members exploring the popular tourist destination were also included, notably scenes of them swimming and playing together in the ocean.

The song “SLMT” is written by group member John Paulo Nase, who was also behind their recent holiday hit “Ligaya.” Nase’s “SLMT” contains lyrics about being grateful for all the support one has received in their life so far.

(I’m grateful to everyone (thanks) who has been with me on my journey towards my dreams.)

SB19 has had an eventful 2021. The group collaborated with Ben&Ben on a song called “MAPA” back in June, which has already amassed over 13 million views on SB19’s official YouTube channel, as of writing. The group also managed to unseat K-pop sensation BTS on the Billboard Hot Trending Songs chart early this month with their upbeat hit “Bazinga.” JB