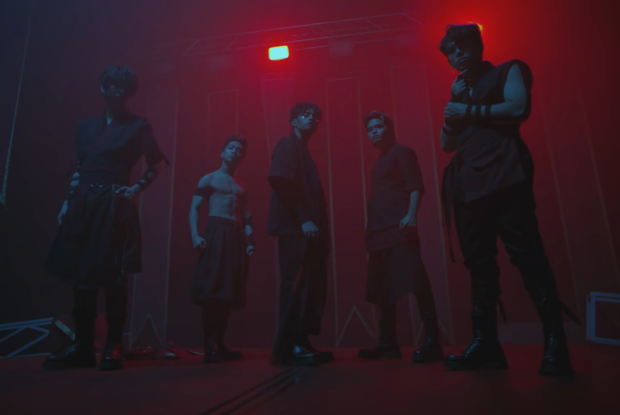 SB19 took fans on an action-packed journey with the release of its gaming-inspired music video for the song “Bazinga.”

The P-pop boy group, in the video released on their YouTube channel last Friday, Oct. 29, can be seen hanging out and preparing for a video game called “Bazinga.” They are then transported as characters in the video game, where they fight enemies in an underground arena.

SB19 appeared to have addressed critics as they sing, “hate niyo’y gasolina” (your hate is gasoline) while dancing on a small stage. They are then shown cheering while an in-game voice announced they have knocked out their enemies.

The “Bazinga” music video has earned more than 670,000 views and 113,000 likes as of this writing. It also placed fourth on YouTube’s trending list.

The video was directed by Jonathan Tal Placido while ShowBT Philippines co-produced with SB19.

SB19 is set to hold its virtual anniversary concert on Nov. 27 to 28. The group also recently took on its first pop orchestra concert with the girl group 4th Impact last Oct. 17.

They are the only Filipino group to be nominated for the “Best Southeast Asia Act” category in the MTV Europe Music Awards this year, alongside artists from countries such as Indonesia, Thailand and Vietnam. JB

SB19 all set for 3rd anniversary concert in November