SB19 all set for 3rd anniversary concert in November 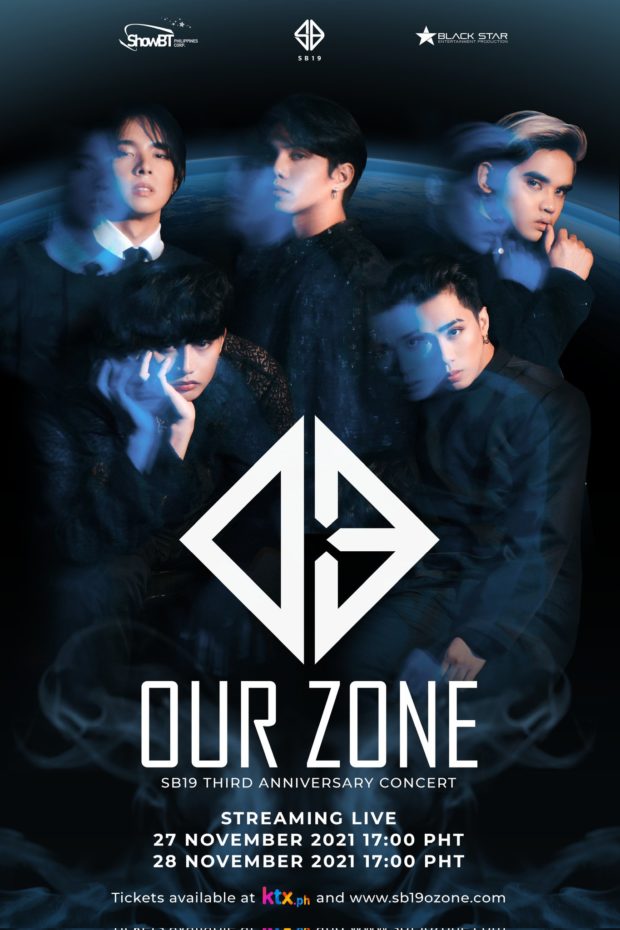 SB19 is about to celebrate its third anniversary this November, and they will be marking the occasion with the two-day virtual concert “Our Zone.”

The five-member P-pop group will be streaming its concert live via KTX on Nov. 27 and 28, as stated on their official Twitter page today, Oct. 24.

Tickets for “Our Zone” will be available on KTX and SB19’s official site tomorrow, Oct. 25.

SB19 Our Zone: Anniversary Concert ticket prices and details are listed below.

“Our Zone” is among the surprises SB19 has for its fans, the A’TIN, over the next few weeks. It teased upcoming releases through a checklist on its Twitter page last Wednesday, Oct. 20.

Aside from the concert, the group is also expected to release a music video, present giveaways and launch an “anniversary series,” among others.

We will be making the most out of #SB19xATINAnnivMonth this year! ✨

Here's a checklist to get you all set for our celebration! 🥳#SB19Anniv3rsary pic.twitter.com/UGiG8UuL4Y

Hello to all A'TIN all around the world 💙

We are glad to announce that we will be celebrating our Anniversary Month starting October 26-November 28! 🥳

They were also the only Filipino artists to be nominated for the “Best Southeast Asia Act” category in this year’s MTV Europe Music Awards. Other nominees include Lyondra (Indonesia), Ink Waruntorn (Thailand), Naim Daniel (Malaysia), JJ Lin (Singapore) and K-ICM (Vietnam). JB