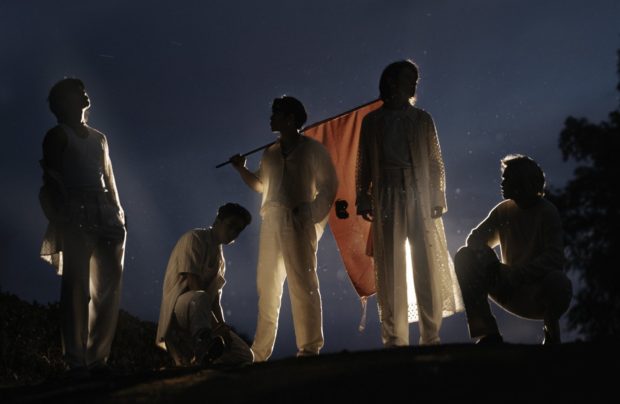 SB19 has finally released its first EP “Pagsibol,” featuring both previously released and new tracks that paid tribute to their fans and family.

The P-pop group announced the debut of “Pagsibol” through a poster on their Twitter page today, July 22. It showed the official cover art for the EP, accompanied by the hashtag “#SB19PagsibolEPOutNow.”

“Pagsibol” includes earlier releases “What?”, “MAPA” and “Ikako.” It also features new songs “Mana,” “Bazinga” and “SLMT” which is a tribute to their fans, A’TIN.

Before releasing the EP, SB19 teased the songs through a medley on their official YouTube channel yesterday, July 21. It showed that all six songs were written by the group’s leader and main rapper Pablo (real name: John Paulo Nase).

Prior to the release of “Pagsibol,” the P-pop group teamed up with the folk pop band Ben&Ben for a collaboration on the SB19 song “MAPA” which was written to honor their parents.

They are also set to hold a virtual concert “Back in the Zone” next month, after the original event date was pushed back due to health and safety concerns. JB