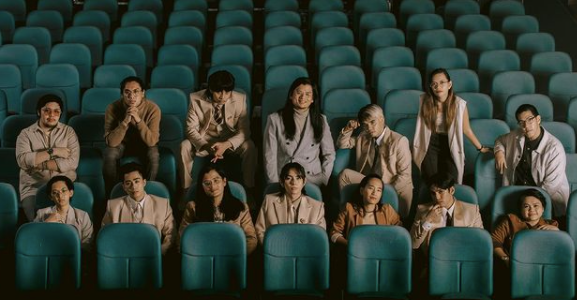 Ben&Ben’s Paolo Guico has nothing but kind words to describe the boys of P-pop group SB19 following their collaboration for the band version of “MAPA.”

Guico, one of Ben&Ben’s twin vocalists, shared with fans just how pleasant working with SB19 was through a series of Instagram posts yesterday, June 28.

(But it’s not just that, because they are astounding dancers, smooth singers and great writers, as well as very good people.)

(When we spent time with them at the Ben&Ben House for the collab, they were just so chill and cheerful that they made the vibe lighter. We talked about family, dreams, struggles and other diverse things.)

(That is when you will really know their hearts, and you will know that they are real persons who have real struggles and dreams.)

Guico noted that even though the Ben&Ben members were quite introverted while the SB19 boys were “astig” (cool), they still got along pretty well.

(I was able to talk to Pablo the most, that is why we took a selfie after the “Mapa” shoot. It is amazing how selfess that guy’s brain and heart are, it reflects in the songs he writes. They are all amazing.)

He then recalled their shooting at the Manila Metropolitan Theater for “MAPA,” noting that they were already like longtime friends then despite only meeting each other fairly recently.

(It is like we have chemistry. I guess that is how it is for soulmates. Just kidding. But seriously. Even though we produce different kinds of music, have different personalities and styles, the bond formed through music just hits different.)

(We learned a lot from them, and they inspired us to be better artists, musicians and people. We have a long way to go as a band, there are still many rooms for learnings and growth, but when you are surrounded by groups like SB19, you just have to go on!)

DILG: One-passenger policy for tricycles, use of old IATF IDs allowed during ECQ

11 US senators to Biden admin: Condemn ‘pattern’ of abuses under Duterte