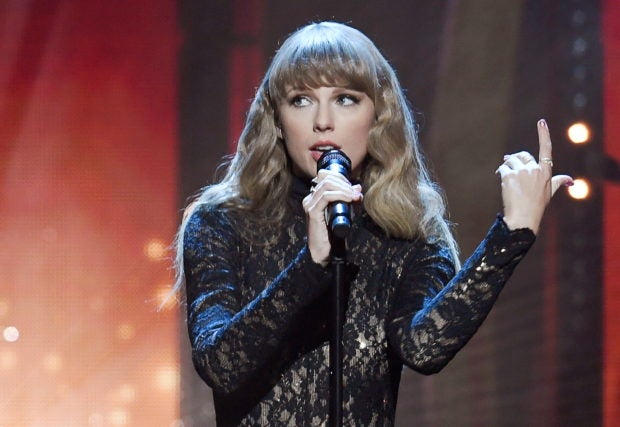 Obama, speaking via video, called 23-time Grammy winner JAY-Z “the embodiment of the American Dream” for his rise from a poor New York neighborhood to a billionaire songwriter, record executive and businessman.

JAY-Z, 51, seemed overwhelmed by the tributes, which included one from comedian Dave Chappelle.

“That’s a lot. Trying to make me cry in front of all these white people!” he joked. “Growing up we didn’t think we could be inducted in the Rock & Roll Hall of Fame. We were told that hip-hop was a fad.”

Swift opened the show with a pop version of “Will You Love Me Tomorrow” while Jennifer Hudson sang “A Natural Woman” in honor of the singer-songwriter King, 79, who led the audience in a singalong of her hit “You’ve Got a Friend.”

“I can’t remember a time when I didn’t know Carole King’s music,” said Swift, calling her 1971 “Tapestry” album “a watershed moment for humans in the world with feelings.”

The ceremony in Cleveland, Ohio, was packed with A-listers including Dr. Dre, Eminem, Jennifer Lopez, Lionel Richie and Keith Urban.

The “Simply the Best” singer, who now lives quietly in Switzerland, was unable to attend Saturday’s ceremony but sent thanks by video.

“If they’re still giving me awards at 81, I must be doing something right,” Turner said.

Turner was first given the honor in 1991 with her former husband Ike Turner, but on Saturday she was celebrated for her even bigger solo career in the 1980s and 1990s.

King and Dave Grohl were also two time honorees. King had previously been inducted with her songwriting partner Gerry Goffin, while Foo Fighters frontman Grohl was a member of grunge band Nirvana which was inducted in 2014. 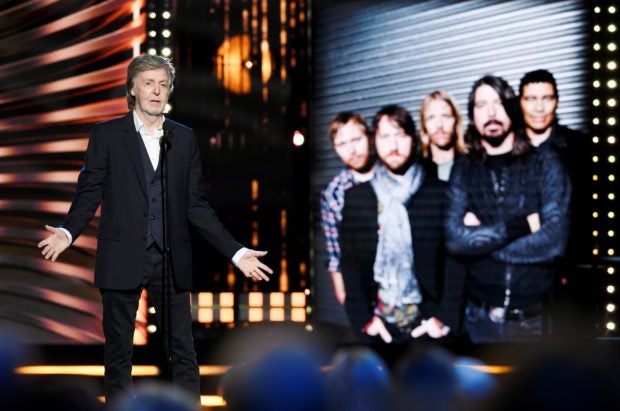 McCartney said he and Grohl were both “ordinary kind of goofy” kids who had somehow fallen into rock and roll music.

American multi-instrumentalist Todd Rundgren, 73, was a no-show from his own induction ceremony. Rundgren had said he would not attend because he didn’t consider music to be a contest.

The 2021 ceremony will be broadcast on cable channel HBO on Nov. 20. JB