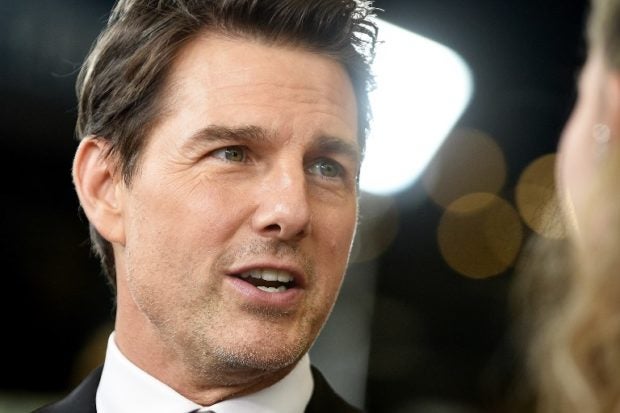 The actor sent a letter to the marching band, which performed the tribute during a halftime performance in a game against Purdue University, during their break. Cruise also gave the band “Top Gun” shirts, both seen in a video on The Ohio State University Marching Band’s Twitter page last Wednesday, Dec. 29.

“Dear Band, the ‘Top Gun’ tribute was fantastic, what a phenomenal performance,” Cruise stated in the letter. “Thank you so much, I’d love for you all to be my guest for a special screening of ‘Top Gun: Maverick’ in Columbus this spring and best of luck to The Ohio State University in the Rose Bowl. Sincerely, Tom Cruise.”

The video then showed students thanking Tom Cruise for the gesture while excitedly getting their “Top Gun” merchandise.

Our band got a huge surprise this morning from @TomCruise! Thanks for the shirts and movie screening, Tom, and we’re so thrilled you enjoyed our @TopGunMovie halftime show! #GoBucks✈️ pic.twitter.com/KmF6YKIFnr

While Cruise could not be there to deliver the news in person, he praised the marching band on his Twitter page, also on Wednesday.

“Thank you for the amazing Top Gun tribute. And good luck at the Rose Bowl!” he stated, replying to the band’s video.

“Top Gun: Maverick” and “Mission: Impossible 7,” two films off Cruise’s famous franchises, had their release dates postponed this year due to the COVID-19 pandemic. Paramount Pictures are now hoping to release the movies in May and September 2022, respectively. JB