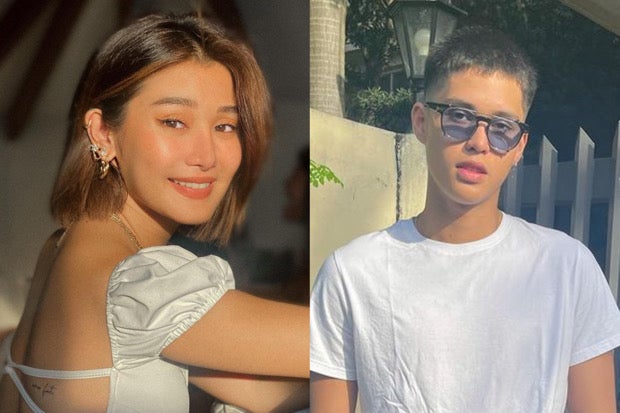 Ex-“Pinoy Big Brother” housemate Chie Filomeno disclosed the real score between her and fellow ex-housemate Kyle Echarri following speculations on their closeness during their stint in the reality TV show.

Chie shared that there has already been on-going communication between them even before they entered the PBB house. This she said in an interview with TV writer and Kris Aquino’s former “Kris TV” sidekick, Darla Sauler, in the latter’s YouTube vlog yesterday, Nov. 29.

“Friends na kami sa Finsta, which is a private account. Doon kasi namin nalalabas yung mga emotions namin, and then ‘pag may pinagdadaanan ako, napo-post ko sa stories ko and he’s always there for me. As in, mag-me-message siya,” she said.

(We’re already friends on Finsta, which is a private account. That’s where we vent our emotions, and when I’m going through something, I post it on my stories and he’s always there for me. As in he messages me.)

She also noted that the bond they created is “unexpected” for her.

(I didn’t expect that we would be that close inside the house.)

When asked if their “closeness” can be viewed as a romantic connection, Chie stuttered and urged to get the answer from Kyle’s end.

Meanwhile, Echarri is the fourth and latest evictee from PBB, and is yet to comment on the romance issue, as of writing. Filomeno has also already been evicted just prior to Echarri. JB

Read Next
Heaven Peralejo denies she’s dating Kimpoy Feliciano: ‘We’re best friends’
EDITORS' PICK
Over 3 Million worth of prizes to be won at Smart Padala’s SENDali Manalo Promo!
Acer starts the year off strong with the Aspire Vero National Geographic Edition
Uproar over no vax, no ride policy: Maybe it’s time for gov’t to say sorry—Bello
97% of COVID-19 beds at PGH currently occupied
Japan brings back virus restrictions over Omicron surge
Gear up and get ready to play with Yamaha Mio Gear
MOST READ
1Sambayan names 7 aspirants in its 2022 Senate lineup
Emma Stone calls Andrew Garfield a ‘jerk’ after he ‘lied’ about his ‘Spider-Man: No Way Home’ appearance
Guevarra to Acosta: Obey rules on unvaccinated
Commuters affected by ‘no vax, no ride’ policy may file class suit —Lacson
Don't miss out on the latest news and information.