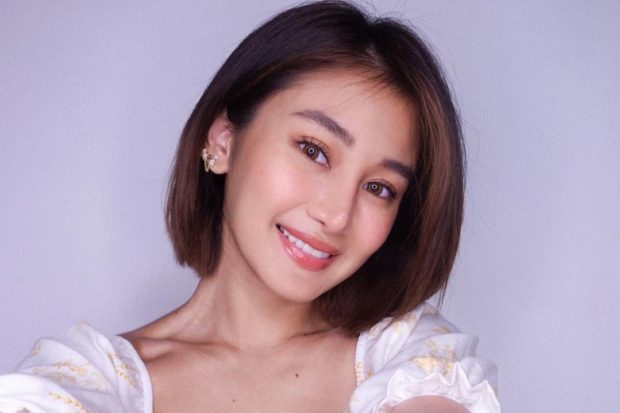 Chie Filomeno’s brother, Rio Filomeno, came to the actress’ defense after she was nominated for eviction from “Pinoy Big Brother” for supposedly not contributing anything to the reality competition.

The actress was recently voted for nomination by her fellow housemate, internet personality Madam Inutz (real name: Daisy Lopez). Lopez explained that she wanted Chie to leave the reality TV show because “wala naman siyang mai-ambag sa bahay kundi pagpapaganda (she has nothing to contribute to the house aside from making herself look beautiful).”

Chie has since received negative comments on her social media accounts, which Rio called “shallow” and a form of body shaming on his Facebook page yesterday, Nov. 16. He also showed a compilation video of Chie doing tasks inside the PBB house.

“My sister does not deserve the shallow hate that she’s receiving right now. She’s a very genuine and hardworking person,” he said.

Rio then pointed out that Chie started being the bread winner of their family at a young age and has faced false accusations in the past, but remained to “see the good in them.”

“My sister is still facing cyber bullying, body shaming and misogyny from nasty people in all different social media platforms with them not knowing who she really is,” he told the actress’ fans.

Rio also expressed disappointment over the “unfair” judgment that his sister has been receiving.

The actress’ brother also listed some things that Chie accomplished inside the PBB house, like being a choreographer for a task during PBB’s first week and taking on the role of leader during the show’s third week.

Let your actions contradict what they’re saying. My sister does not deserve the shallow hate that she’s receiving right now. She’s a very genuine and hardworking person. Wala siyang ibang inisip kundi ang kapakanan ng iba. Started being a breadwinner at a very young age and has faced a lot of false accusations but still remained to see the good in them. My sister is still facing cyber bullying, body shaming and misogyny from nasty people in all different social media platforms with them not knowing who she really is. Cyber bullying just became a trend to them to join in the bandwagon of hating someone. All they have is yung mga false accusations nila and napaka unfair ng judgement nila. Ang masama din dito KAPWA BABAE pa nag bobody shame and nag spread ng misogyny about her. 1st week: Choreographer ng play.2nd week: Yung team nila nila Aly ang naglalagay ng blocks lagi, never kong nakita tumunganga si Chie magkuskos ng kahoy.3rd week: task leader, arranged the sched of 300 orders alongside with Eian and Alexa, made the Ramen, PLUS they won this weekly task. BBS CHIE to 2366BBS CHIE on Kumu App Chienna Filomeno

Chie is part of the third batch of housemates to be nominated for eviction on PBB, alongside KD Estrada, Eian Rances and Benedix Ramos. Housemates who were previously evicted from the competition were Mister Supranational Philippines 2021 John Adajar and actor Albie Casiño.  /ra

Albie Casiño evicted from ‘Pinoy Big Brother’: ‘My journey was short but sweet’