Albie Casiño evicted from ‘Pinoy Big Brother’: ‘My journey was short but sweet’ 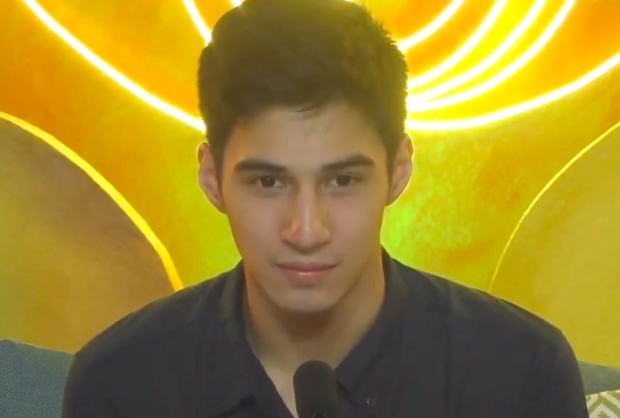 Albie Casiño has become the second housemate to leave “Pinoy Big Brother: Kumunity Season 10” (PBB) after he was evicted from the reality TV show yesterday, Nov. 13.

The actor was voted out of the PBB house after garnering only 6.48% of the combined “save” and “evict” votes, as seen on the official PBB Twitter page, also yesterday.

Casiño was nominated for eviction alongside Alexa Ilacad, KD Estrada and Anji Salvacion. The first housemate to leave the reality show was model John Adajar.

Following Casiño’s eviction, Big Brother thanked the actor for opening up to other people inside the PBB house. During his stay as a housemate, Casiño revealed that he was diagnosed with the neurodevelopmental condition, attention deficit hyperactivity disorder (ADHD).

(I love my housemates very much. And I love you very much too, Big Brother, even if I haven’t seen you yet. Thank you for everything I’ve learned inside the house.)

Casiño expressed gratefulness to his fans for supporting him throughout his stay in the PBB house, on his Instagram page today, Nov. 14. He described his journey in the reality TV show as “short but sweet.”

“I’m filled with so much emotions right now, I’m happy to be out but I’m sad [because] I miss my [housemates]! My ‘PBB’ journey was short but sweet,” he said. “We [are] moving on to bigger and better things guys so hop on the bandwagon habang may space pa (while there’s still space).”

Prior to his stint in “PBB,” Casiño has starred in various TV shows, including “On The Wings of Love,” “Pusong Ligaw,” “Los Bastardos” and the 2010 version of the drama series “Mara Clara.” JB

Read Next
‘No action’: Ellen Adarna, Derek Ramsay slept with her mom on their wedding night
EDITORS' PICK
Acer starts the year off strong with the Aspire Vero National Geographic Edition
Gear up and get ready to play with Yamaha Mio Gear
PH to import 60,000 tons of fish to cover shortage
Workers are exempted from ‘no vax, no ride’ policy – DOLE chief
Over 3 Million worth of prizes to be won at Smart Padala’s SENDali Manalo Promo!
#VotePH2022: COVID, power woes loom as poll concerns
MOST READ
Guevarra to Acosta: Obey rules on unvaccinated
Emma Stone calls Andrew Garfield a ‘jerk’ after he ‘lied’ about his ‘Spider-Man: No Way Home’ appearance
Cold-case investigation names surprise suspect in Anne Frank’s betrayal
Czech anti-vax singer dies after deliberate infection
Don't miss out on the latest news and information.