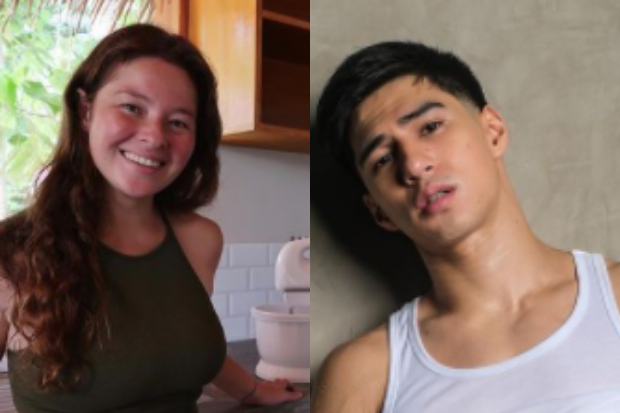 Andi Eigenmann’s sister Stevie Eigenmann showed proof that the actress apologized to Albie Casiño, after he recently claimed that he never received an apology from her on the paternity dispute they got involved in years ago.

Casiño became the subject of controversy in 2011 when Andi got pregnant and named him as the father. He denied being the father of the child, while his budding showbiz career at the time was cut short after he was lambasted by the public. It was revealed by Andi’s other sister Max in 2016 that the father of Andi’s daughter Ellie is Jake Ejercito.

The actor told fans in a Kumu live stream on Oct. 26 that Andi never said sorry to him for getting him involved in her pregnancy, noting that he did receive a “long-ass non-apology” from the actress.

Stevie denied this by showing a screenshot of what appears to be a conversation between Casiño and Andi, on Stevie’s Instagram Story yesterday, Oct. 30. The messages were dated September 2020.

In the conversation, Andi told Casiño that the person he met was “very young and lost and quite obviously a completely different person.” She also apologized to him “on behalf of the old me.”

“Sorry for all that volatility I may have caused you in the past and for being so young and naive, dragging you into something you were never supposed to be part of,” she added.

“Again no ill will or hard feelings,” Casiño told Andi. 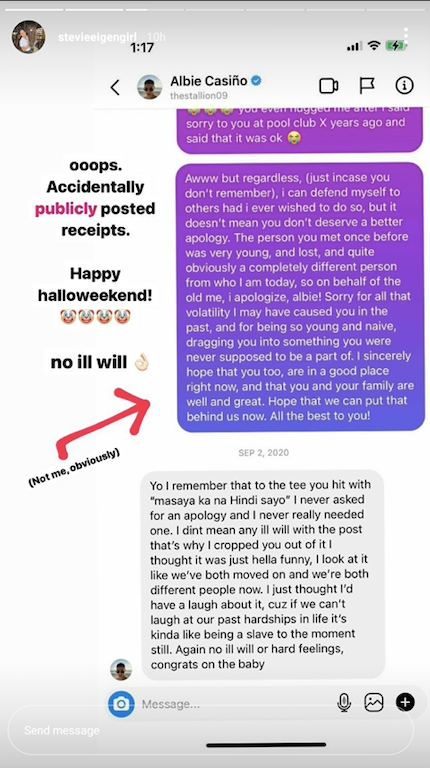 Back in 2017, Casiño said he has moved on from the paternity issue involving Andi and is being “civil” towards her, but he would not describe their relationship as “okay.”

Meanwhile, Andi has been co-parenting Ellie with Ejercito. She is now based in Siargao with her fiance, celebrity surfer Philmar Alipayo, and their children Lilo and Koa. JB

Albie Casiño to those who ‘still don’t get it’ as he airs dismay on gov’t: ‘Please don’t breed’