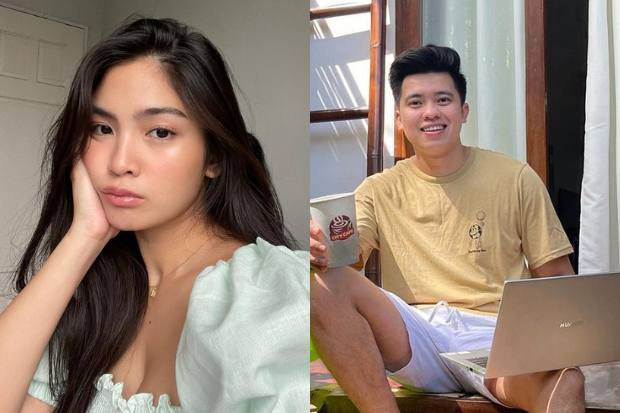 Heaven Peralejo has denied that she and vlogger Kimpoy Feliciano are in a relationship, stressing that they are just friends.

Speculations that the actress and Feliciano may be dating started when Feliciano was spotted with Peralejo at the beach on her birthday last week. Fans may have also been more intrigued when the actress called the vlogger “beh.”

Peralejo clarified that she and Feliciano are just friends, in an interview with former “Kris TV” writer and host Darla Sauler for the latter’s YouTube vlog last Sunday, Nov. 28.

Peralejo added that she is at a point in her life where she would prefer to focus on herself and love herself more.

(I’m single but not ready to mingle. As for Kimpoy, I’m just really happy that I have a friend in show biz. We’re thankful for each other because finally we found a friend to go out with even when we don’t work together.)

The actress then addressed those who criticize her for supposedly jumping from one relationship to another.

(Guys, you know what, give it a rest. Okay? As I said, I’m single but not ready to mingle. Don’t assume or create an issue when there shouldn’t be an issue. Just enjoy, it’s Christmas.)

Peralejo was previously in a relationship with actor Kiko Estrada. She confirmed their breakup last Oct. 25 while also telling fans that she has moved on.

Estrada denied that he simultaneously had relationships with Peralejo and his ex-girlfriend, actress Devon Seron. He also insisted that he is not a cheater and he did not start dating Peralejo until a month after his breakup with Seron.  /ra