Were Paolo Contis and Yen Santos together on her birthday? | Inquirer Entertainment
Close
menu
search 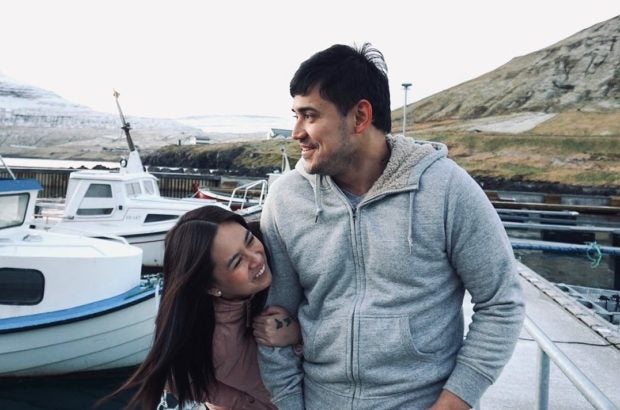 Did Yen Santos spend her birthday with actor Paolo Contis? Fans speculate the two were together for the actress’ special day as they may have eaten dinner in the same location.

While Contis previously denied that Santos was the reason behind his breakup with LJ Reyes earlier this year, Contis and Santos were both spotted in romantic dinner setups that looked alike.

Contis took a photo of himself having dinner with twinkling lights and white curtains hanging in the background, as seen on his Instagram Stories yesterday, Nov. 20. 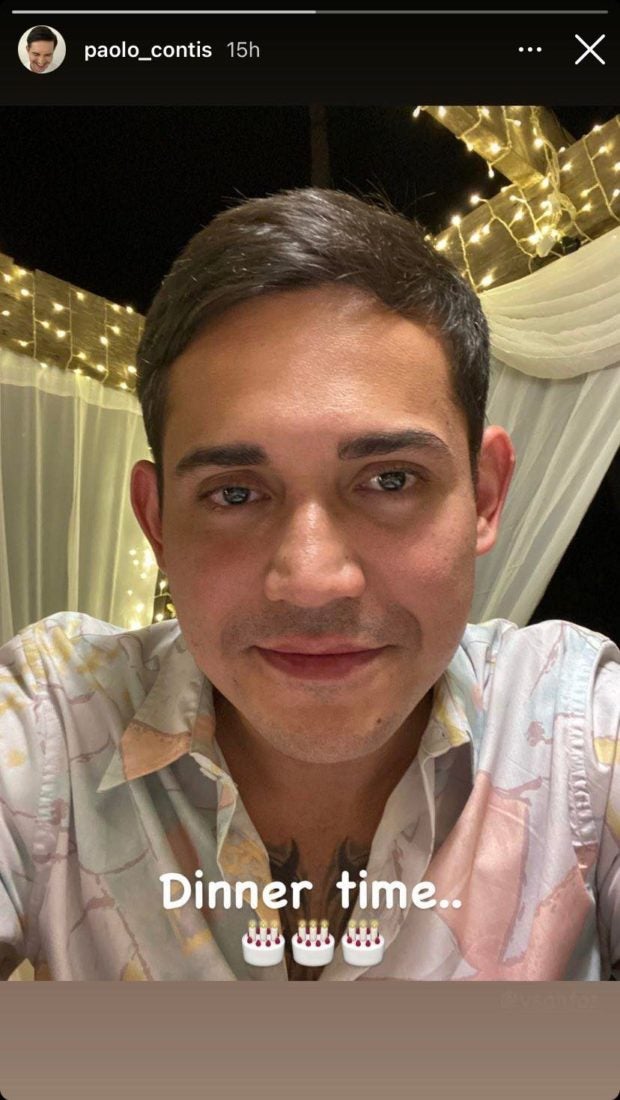 Meanwhile, Santos showed the dinner setup for her birthday on her Instagram Story, also yesterday. The photo featured what appears to be similar lights and curtains on Contis’ Instagram Story. 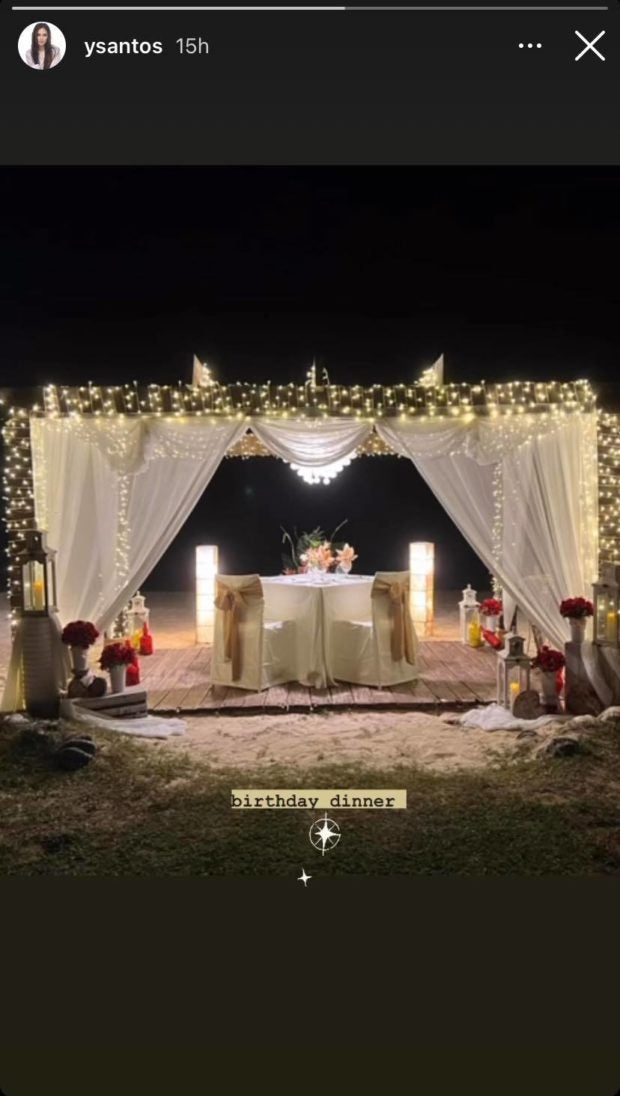 Given that the locations look similar, netizens speculated that the two spent time together for the actress’ birthday.

(So shameless of Paolo and Yen. I felt guilty before because they may really just be friends and people were just concluding immediately, but wow, they’re really showing off on Instagram now.)

“Paolo [and] Yen – Dinner as a friend!” one @BeautifullyNani quipped.

The netizen was referring to a statement made by Contis back in September, where he claimed that he went to Baguio City with Santos “as a friend,” amid the issue on his breakup with Reyes.

Santos and Contis were put under scrutiny by fans over the past months, after they both unfollowed everyone on Instagram earlier this year. This led fans to speculate that Santos caused the separation between the actor and Reyes.

The split between Contis and Reyes was confirmed by Contis’ talent manager Lolit Solis last August. She asked the public not to get Santos involved in the issue because she has her “own love story.” Solis’ assertion that the split was a mutual decision was refuted by Reyes.

Santos had not yet publicly addressed speculations about her supposed involvement in the split, as of this writing.

Meanwhile, Reyes is currently in the United States with her two children. She has been staying there with her New York-based family. According to her, Contis has not reached out to her after their breakup. JB