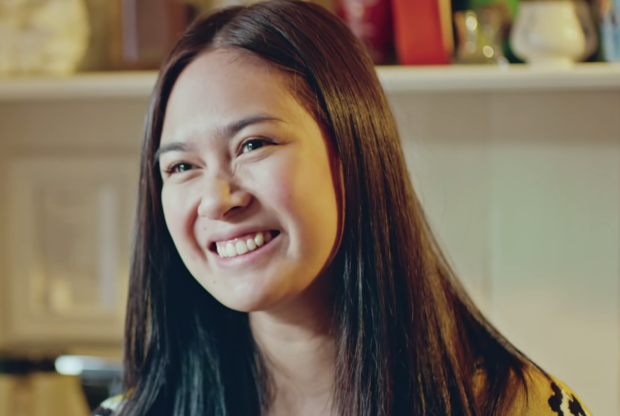 Yen Santos shocked fans after she cleared her Instagram account of all public photos amid speculations that she was involved in the breakup between actors Paolo Contis and LJ Reyes.

Santos’ Instagram page (@ysantos), which has at least two million followers, does not show any existing photos as of yesterday, Sept. 22. She did not provide an explanation regarding the mysterious removal of her photos.

It is unclear whether the actress had permanently deleted her photos or if she archived them. 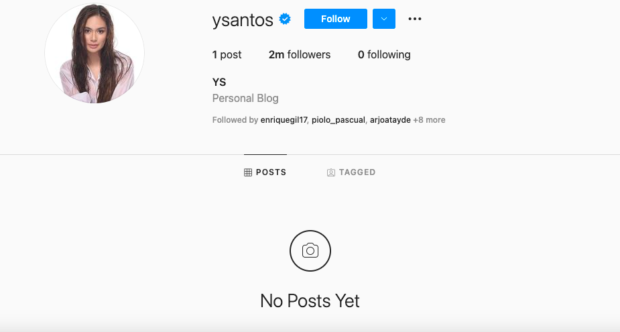 The actress was put under scrutiny by fans recently after she and Contis suddenly unfollowed everyone on Instagram last month, leading them to speculate that she caused the split between the actor and Reyes. She was also recently paired with Contis in the film “A Faraway Land.”

Talent manager Lolit Solis, who confirmed the split between Reyes and Contis, asked the public not to get Santos involved in the issue since she has her “own love story.”

Meanwhile, Contis eventually admitted that he cheated on Reyes but insisted that Santos was not involved in the breakup. He also confirmed that he spent some time in Baguio to clear his mind and that he invited Santos for a day in the city “as a friend.”

The two were spotted at several locations in Baguio on Aug. 25 and Sept. 3., but the actor denied staying in the city for more than three days.

Santos had not yet publicly addressed speculations about her supposed involvement in the split, as of this writing. JB