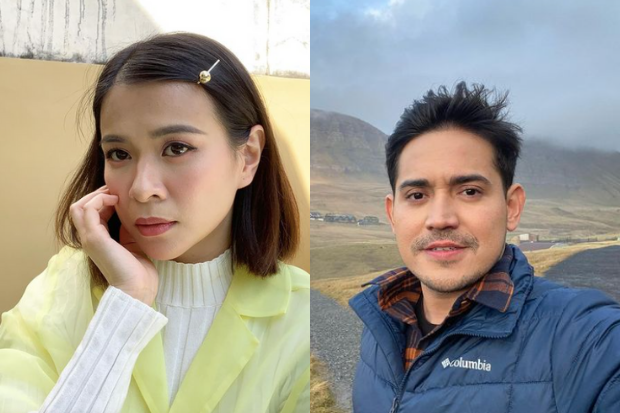 LJ Reyes has broken her silence on her recent breakup with fellow actor Paolo Contis, saying she wanted to correct the “twisted information” about their split.

The actress spoke with King of Talk Boy Abunda in an hour-long exclusive interview on the latter’s YouTube channel yesterday, Sept. 1, in an effort to clarify speculations. Here are some of the most important points from the emotional interview:

1. The breakup was not mutual

Contis’ manager Lolit Solis previously said the split between the two was a mutual decision, claiming the two outgrew the romance in their relationship. Reyes refuted this.

She added that she held on to her relationship with the actor for several months, for the sake of her children.

2. Contis had been distant even before their split

According to Reyes, Contis has been “distant” from her and her children even before they actually broke up.

“Matagal ko nang nararamdaman na nakahiwalay na siya sa amin,” she said. (I’ve felt for a long while that he was being distant from us.)

She also noted that the actor, who was a home buddy, started to stay outside their home late last year.

3. Reyes broke down in tears when asked if there was a third party

Reyes was asked by Abunda twice if there was a third party involved in her split with Contis. The actress declined to answer on both occasions. Abunda gave her assurance throughout the interview, though, that should she not feel well about answering, she may not.

When first asked by the TV host, she just looked at Abunda with tears welling up her eyes, which made him not pursue the question anymore. By the end of the interview, the question was given to Reyes once more.

“I think marami pong makakasagot niyan, kahit hindi po ako ‘yung sumagot,” she told Abunda. (I think many people can answer that question, even if I don’t respond.)

Solis previously dismissed rumors of a third party, speculated by fans to be Contis’ “A Faraway Land” co-star Yen Santos. The talent manager said Yen has her “own love story.”

4. Reyes’ friends have had ‘sightings’ of Contis

The actress told Abunda that over the past two months, she has been receiving “revelation after revelation” from concerned friends and acquaintances.

“Meron pong mga taong (There were people who) out of concern would message me about events or sightings,” she said, not going into further details about the said “sightings.” According to her, Contis would often deny these revelations.

“I can’t be wrong. Siguradong sigurado po ako. Marami na ko nakausap na nagpakita sa ‘kin ng katotohanan kung paano siya ‘pag nakatalikod ako,” Reyes added. (I’m so sure. I have talked to many people who showed me the truth as to how Paolo is when my back is turned.)

5. Reyes stated she has ‘proof’ of what her friends claim

The actress said she believes the things her friends have revealed to her, and what she knows were different from what Contis would tell her. She also pointed out that she has proof of certain things.

“‘Yung ibang mga bagay, mayroon po akong proof. Pero noong kinakausap ko po siya, siyempre malalaman niyo rin naman po kung nagsasabi ng totoo ‘yung tao o hindi,” she said. (I have proof of some things. But when I was talking to him, of course, you’d know when a person is lying to you or not.)

6. Reyes is currently in New York with her family

Reyes flew to New York, United States, with her two children last week, on Aug. 25. She is currently staying with her family, which is based in the U.S.

According to her, she felt the need to physically remove her kids from the Philippines to get help to “emotionally and mentally recover.”

7. Reyes stressed her departure is for protecting her kids

Reyes stressed that she left the country to protect her children, stating she does not want Contis to be near her kids.

“Hindi ko po lubos akalain na masasaktan ako at ang mga bata nang ganon at gusto mo na lang talagang tanggalin sila sa sitwasyon,” she said. (I did not imagine I and the children could get hurt that way and I just really wanted them to be taken away from the situation.)

8. Contis did not physically hurt or harm Reyes’ children

The actress also clarified that while she left the Philippines to protect her kids, Contis did not do anything to physically hurt or harm them.

“Physically hindi naman po [niya sinasaktan]. Ayaw ko rin naman pag-isipan nang gano’n,” she told Abunda when he asked to clarify if Contis was physically hurting the kids. (Physically, no. I also do not want others to think that way of him.)

9. Reyes and Contis have not spoken as of the time of the interview

Reyes said that she and Contis have not communicated with each other for some time now, stressing she does not want to talk to the actor.

“Ayaw ko po siyang makausap. Sa totoo po, cinut ko po yung line,” she added. “Parang natatakot po akong kausapin siya.” (I don’t want to talk to him. The truth is, I cut our line [of communication]. I feel like I’m scared of talking to him.)

10. Reyes discussed the breakup with her eldest child

Reyes’ eldest child Aki, whom she had with actor Paulo Avelino, wanted to learn the reason behind the actress’ split with Contis.

She admitted being unable to answer Aki on the spot, but she eventually apologized to him, saying she wanted to give him a complete family. However, the boy cut Reyes’ apology short and told her, “You complete us, mom,” making the actress emotional. She added that Contis and Aki were close before the breakup, and that he treated Aki like his own son.

Reyes and Contis were together for six years and they have one child together, a daughter named Summer. The actress stressed that while she may be able to forgive Contis, she does not want to forget. Reyes added that she does not think she would want to reunite with him anymore. JB