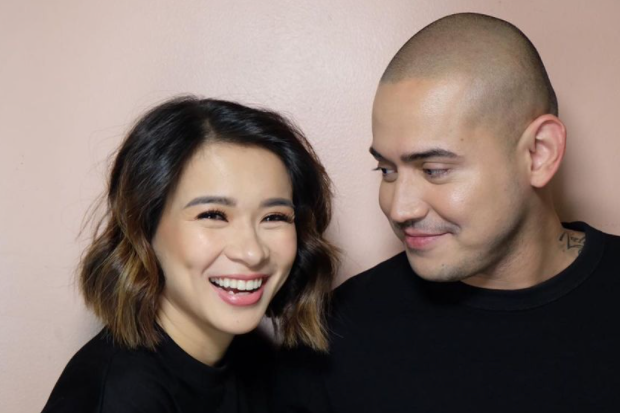 LJ Reyes has confirmed that she and actor Paolo Contis have indeed broken up after six years of being in a relationship.

The actress talked about her separation from Contis in the teaser for King of Talk Boy Abunda’s “The Interviewer” YouTube vlog yesterday, Aug. 31.

“It was so difficult, it was so painful,” Reyes said. “Kung hindi malakas yung pananampalataya ko sa panginoon, hindi ko alam kung saan ako pupulutin.” (If my faith in God is not strong, I don’t know how I would be doing.)

When asked who initiated the split, Reyes said she felt Contis had been distant for quite some time.

“Tito Boy, kasi matagal ko nang nararamdaman na parang nakahiwalay na siya sa amin,” she told the TV host. (I felt for a while that he was being distant from us.)

Abunda’s full interview with the actress will be released later today, Sept. 1.

Fans first speculated Contis and Reyes have called it quits when the actor unfollowed everyone on his Instagram account last month. He also removed all of the actress’ photos on his page. Reyes has also recently stopped following Contis’ page.

Incidentally, Contis’ “A Faraway Land” co-star Yen Santos also stopped following anyone on the platform, prompting speculations that she was the cause of the split. But Contis’ manager Lolit Solis stressed that there was no third party involved in the breakup, explaining that the two have just “outgrown the romance” in their relationship. JB