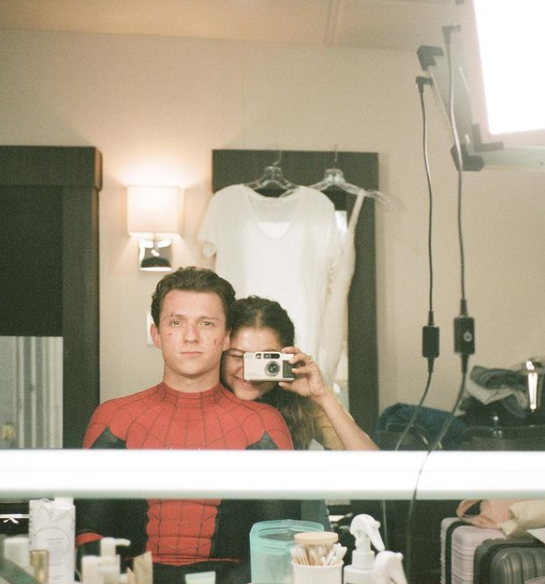 Tom Holland once again seemingly confirmed rumors that he is dating “Spider-Man” co-star Zendaya after he referred to the latter as “My MJ” in a birthday greeting.

The post aptly came with a photo of him, dressed as Marvel’s friendly neighborhood superhero, with Zendaya behind him taking a photo of them using the mirror.

In both the Marvel films and comics, MJ is Spider-Man/Peter Parker’s love interest. Zendaya’s character in the Marvel Cinematic Universe (MCU), however, is not the usual Mary Jane Watson, as the actress plays Michelle Jones.

The photo appears to be taken inside a dressing room during the filming of any of the MCU “Spider-Man” films.

Zendaya, who turned 25 on Sept. 1, then replied to Holland’s post with a simple “Calling now [heart emoji].”

Prior to the sweet greeting, Holland and Zendaya recently sparked dating rumors after they were caught kissing inside Holland’s Audi sports car in Los Angeles, California, in the United States.

The Marvel co-stars were also earlier photographed in LA’s Silver Lake neighborhood with Zendaya’s mother, Claire Stoermer, according to a Page Six report on July 2.

Holland and Zendaya reportedly started dating back in 2017 following the release of “Spider-Man: Homecoming,” where the two played Peter Parker aka Spider-Man and Michelle “MJ” Jones, respectively.

The two, however, have never confirmed dating rumors and earlier just used to laugh it off on the internet.

Holland and Zendaya are set to appear in the MCU’s third “Spider-Man” film this December, titled “Spider-Man: No Way Home.” The trailer for the much-awaited superhero flick recently took the record for having the most global views in the first 24 hours, at 355.5 million.

The record was previously held by the trailer of another Marvel movie, “Avengers: Endgame,” with 289 million views in the first 24 hours when it premiered in 2018.  /ra